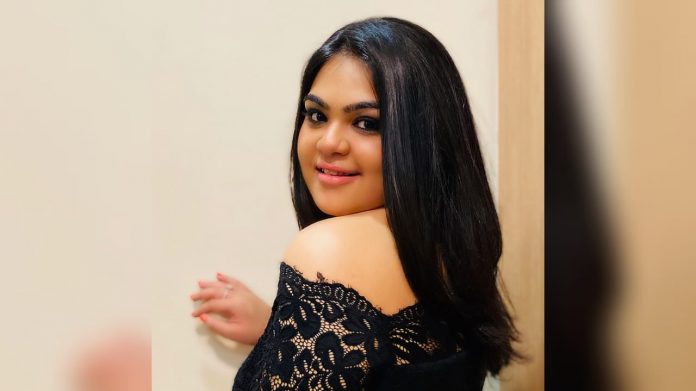 A voice filled with life, love, vibrancy and melody, Mallika Mehta has touched the hearts of her fans and listeners yet again with the release of her new single ‘Kahan Hai Tu’. Mallika Mehta is a versatile singer who is always open to trying out singing new genres. A perfect blend of Indian and Western music, Mallika never fails to bring a song to life.

Singing since the age of 5, Mallika has come a long way to finally release her own Hindi single ‘Kahan Hai Tu’ which pierces right through your heart. If you have ever loved and missed someone immensely, Mallika’s Kahan Hai Tu will strike a unique chord with you making you miss your ‘special someone’ a tad bit more than usual. ‘Kahan Hai Tu’ is all about craving, missing, longing, and waiting for the one you love.

Although her new song is intense and soulful, Mallika also enjoys singing a variety of others genres which include Pop, RnB, and Rock. In addition to this, songs which are challenging and have high notes are typically her favorite.

Mallika is not just a singer, but also a song writer, composer and performer. Kahan Hai Tu is a product of her own craft. When asked about how she feels now that her song is out, Mallika says, “I feel like I’m on cloud9. I’m super thrilled to have exclusively premiered the song on RED FM in 36 cities. I always try to make sure that the lyrics of my songs are deep, meaningful and touch people. I’ve received so many messages telling me the same and that’s such an amazing feeling. It feels great to have a Hindi song out there especially since I’ve always wanted to have my own Hindi original. And yes, I can’t wait for a lot more people to listen to the song.”

Music to Mallika is sacrosanct, and singing therapeutic. Since the tender age, Mallika has strived to be a better singer by the day, and her determination has earned her the title ‘Adele of Mumbai’ by the leading international media. She has also worked with renowned music maestros like Kailash Kher and Shankar-Ehsaan-Loy. Apart from this, Mallika also has 4 track English EP called ‘Evolve: The Story of Her’, as well as an English single called ‘Way Too Long’ to her name. Mallika wrote and recorded her very first single at the age of 19. She is an alumna of Berklee College of Music, Boston, Harvard University, Kellogg University and NYU.

Talking about the challenges she faced while on her way to becoming a singer, Mallika says, “For an Indie artist one of the biggest struggles is to get noticed and have their music heard, and that definitely takes time and comes with a lot of hard work, commitment and constantly putting out music. So that’s exactly what I did, I began to perfect my craft in all the possible ways. I kept doing what I felt was right irrespective of the situation.”

It is the example and journeys of legendary singers and artists like Kishore Kumar, RD Burman, Arijit Singh, Taylor Swift, Adele and more that keeps her going. She says, “I have grown up listening to most of them and that literally means that I have heard their music on loop and for tons of times. After a point, I started noticing how they wrote their songs and made their music and I learnt a lot from that. I love the way Taylor Swift writes and touches souls with her lyrics, she definitely touched mine. I admire how Adele hits those high powerful notes. I’ve always looked up to male singers equally, in fact I find myself covering more of male songs than female ones. I have learnt so much from Kishoreda, RD Burman and Arijit Singh and their style of creating music and singing.”

Apart from singing, our Adele of Mumbai also loves to perform on stage. The excitement, power, rush, and energy that flows between her and the audience when she performs, is a ‘surreal feeling’, she states. Talking about this, she recalls one memorable performance of hers at IIM Indore’s annual cultural fest – Atharv 2019. “I’m the kind of performer who is always full of energy on stage but that day was something else altogether. The adrenaline rush was boundless and the audience more than matched up with my zest and energy. They sang back each and every song. That feeling is unreal, to have the audience sing and dance to your music. At the end of the performance they were cheering my name so loud that I just wanted to get down and hug each one of them” says Mallika.

Now, after her recent release, Mallika is all geared up to create more music and bless our ears and heart with more of her songs. Creating music and singing songs is what she wants to keep doing and never stop.

Mallika is a great example for those who hold a passion close to their hearts and are toiling to reach the zenith. For such driven individuals, Mallika wishes to pass on a piece of advice. She says, “You have to be a fanatic to achieve your goals and dreams. Your love for it will be the reason behind you doing wonders in whichever field you are in. So keep at it because that’s the only way to achieve what you want.”

Now till the time, we get to listen to some new songs by Mallika, we can listen to her latest single Kahan Hai Tu which is out on all streaming platforms.