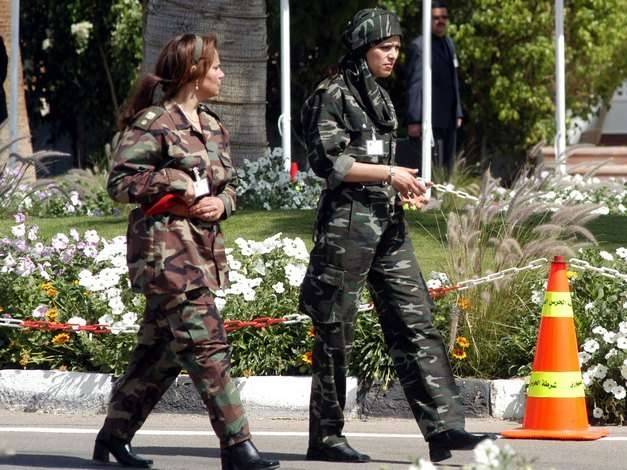 These days, when rock stars and royalty want protection, they turn not to a big bulky man in a suit with dark glasses and an earpiece but a woman. It is, indeed, boom time for female bodyguards.

Largely believed that women cannot be classified as professional bodyguards but in reality, a large number of companies would prefer to have a female close protection officers or bodyguards today. Over the years female bodyguards have protected a huge variety of clients, from the Saudi royal family, to Shah Rukh Khan, to Liza Minnelli, to J K Rowling.

Demand is growing and how…  Even Prince William and Kate Middleton have been seen with a female bodyguard. There are many reasons why female bodyguards would be chosen over a male one. A large number of women these days feel safer and secure around other women, rather than men. At times, it is also about catering to religious and cultural needs. For instance, Arab women might not be comfortable around a male bodyguard. After all, everyone should be comfortable and safe in their chosen environment.

Former Libyan leader Colonel Muammar Gaddafi had a 42-year regime that had turned the oil-rich country into his own personal kingdom. During this period, he had a big team of women bodyguards known popularly as the Amazonian Guards who wore camouflage uniforms, red nail polish and high-heeled sandals, and carried submachine guns. These Amazonian Guards underwent extensive firearms and martial arts training at a special academy, took an oath of chastity, and were hand-picked by Gaddafi himself.

Xiao Jianhua, a Chinese business tycoon hired an all-female bodyguard team upto eight on each shift. He employed them from a Hong Kong company where these women bodyguards had at least five years training in martial arts and other fighting styles.

Reasons for the rise

There could be many reasons for this rise. One of this could be due to the natural instincts females have a keen eye for the details so they do the things and check better than their male counterparts. Women ins general also have a better sense of their surroundings, think on their feet, are adaptable and able to multitask better than men.

There is also a solid reason behind the rise of the female security guards. Most of the female celebrities and VIPs feel safer by hiring the female bodyguards. They can even accompany them in toilets and women only places whereas male bodyguards cannot. Moreover, where protection of children is concerned dealing with a female bodyguard can make them feel more comfortable and reassuring.

Valued as a secret weapon, female bodyguards are regarded as innocuous protectors who can disguise themselves as personal assistants or nannies. They could pass of as your ladies who are lunching or out shopping with a family as it is not easy to decipher them and they blend in beautifully.

The International Bodyguard Association (IBA) soon realized that the main reason why women were given such a hard time in the security industry was because there was such a small number of women being put forward for the roles. Training courses were the same for both men and women, with just a few minor adjustments, remembering that women and men are built differently after all.

The scene today is that women bodyguards are paid higher than men for various reasons. Many of these women are ex-military or army personnel. Some have trained at martial art academies or trained as sports athletes. But in general, it has become quite a sought-after profession and quite in demand.