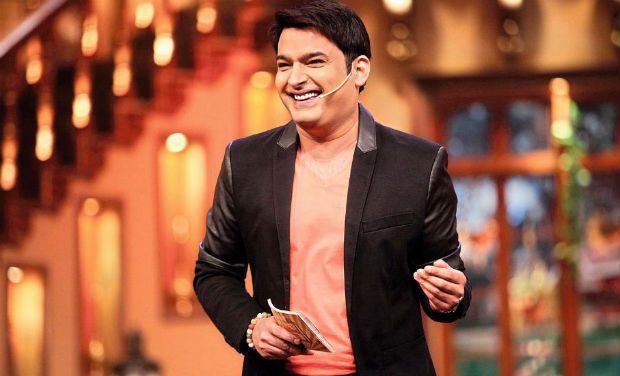 Always geared up to help you giggle, promote the films via comic statements and hosting a variety of award shows, is the life of this comedian who came to Mumbai with a dream of becoming a singer. Singing was still not his forte which he soon realized after being ripped by the judges of a singing reality show and hence, he opted for stand-up.

He rose up to this pedestal after a lot of struggle and determination over his talent of humor. Claiming to be the most down-to-earth personality, he has faced many image-ruining controversies. Under the surveillance of the media, Kapil never keeps his profile low and has a track of candidly facing them.

Here we take a look at the controversies that took a toll on Kapil Sharma’s image, temporarily, in many incidents of the past.

Having landed into another controversy after the fight with Sunil, Kapil is now trying to get these things off the attention of the audience. The Kapil Sharma Show was accused by stand-up artist Abhijeet Gaungly, of copying and ruthlessly ruining the joke that the latter had written and performed in his act a few days back.

The joke on the younger brothers always being bowlers, with examples of Kapil Dev, Zaheer Khan etc, was narrated by Kiku Sharda in the latest episode that was aired just some days back. Abhijeet is very upset and has accused Kapil of plagiarism. Sharma was unavailable for comments, same as he was after the fight on the flight.

The infamous flight incident took place after Kapil saw his co-stars having a meal before he could be back.  It got him fuming with anger and the fight took a gruesome turn, as Kapil removed his shoe, slapping and hitting his co-star Sunil Grover in front of the other passengers.

The insult was intolerable, causing Sunil Grover, Chandan Prabhakar and Ali Asgar to not turn up for the shoot. This time, the only difference being Kapil insulted his co-star physically whereas verbal abuse has always been a part of the show.

Having a shoot is not the only reason for Kapil Sharma to stay awake late, he has also used this time to tweet to the Prime Minister of India. Running down with patience over the BMC’s corrupt officials, Kapil took to Twitter, late that night, to question Modi of his promise of ‘Ache din’.

The tweet drew a lot of attention to Kapil Sharma insisting the Chief Minister to respond to it immediately. It went so fierce that political parties couldn’t resist washing their hands off the flowing water. Protests outside his house and personal attacks over television debates was everything  that he had to swallow silently.

Kapil Sharma was reported of misbehaving with Monali Thakur, Tanishaa Mukherjee and other female stars during International Marathi Film Awards 2015. Lately, he was quoted indirectly clarifying in a tweet, “I fall, I rise, I make mistakes, I live, I learn, I’ve been hurt but I am alive. I am human, I am not perfect but I am thankful”

The ‘insult comedy’ of the Kapil Sharma Show has upset many people. They started getting offended to the portrayal of a hot nurse or a self-made Godman, a Sardar joke or an insult humour to his wife character. The approach has made news and for bad reasons.

Kapil has strived hard to build a caricature that he would have always dreamt of. However, after gaining power and reputation, it’s also important for him to realise the right way of handling it all with responsibility.