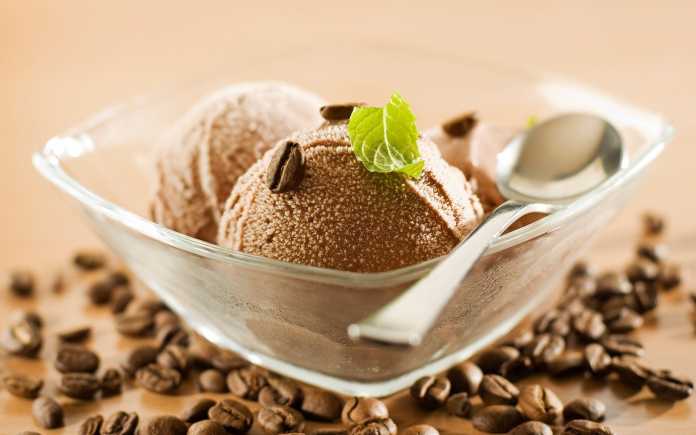 Traditional ice cream flavors will always be loved by everyone but who would say no to some fancy new flavors. There’s always room for an ice based sorbet or milk based ice creams specially in the sweltering summers. Here are some handpicked ice cream parlors in Mumbai that give a wide range of delightful ice creams with fresh new flavors so do go and check them out.

The most trending ice cream parlor of the year Papacream makes your taste buds the happiest, especially if you’re a food lover and can’t decide if you would want to go for a Chatpata Chaat and Panipuri or a nice and cold sorbet. Papacream gives you both. A must try out there are the Panipuri sorbet and the hummus ice cream, try out the spicy guava or the orange basil combo too. The liquid nitrogen ice cream parlor Nice Kream has become the favorite parlour of many. You can make your own ice cream by selecting the flavor, mix-ups and toppings. Try out Nice Kream at their different outlets at Kemps Corner, Carter Road and Powai. With many outlets across the country and being the oldest in business Havmor is quite popular with the families. They introduce new flavors every month and have almost all types of sundaes, ice creams, candies, cones, kulfis and endless other options. The recent new flavors are the Chikki ice cream and the pan flavor ice cream which were praised by many. The five minute way to make amazing ice cream is using Nitrogen as there is no ice or rock salt mixtures, no cranking of the machine manually or electric ice cream makers. The ice creams are made live in front of you using fresh fruits, some creamy ingredients and a little liquid nitrogen (-301deg F) which instantly freezes and makes your ice-cream. Thandai is one most sought after around Holi time but it has been revived in a new avatar by 301 Degree Fahrenheit as a Thandai ice cream. These smacking deserts are served in pan fried and rolled manner with varieties of flavor. They focus on the spices of India and adds them to the ice creams. The Indian flavors they have come up with are Dalchini (cinnamon) ice cream, Gulkand ice cream and Guava chilly special ice cream. Let your taste buds loose! Hokey Pokey lets you make what you imagine because that is their motto. Use your creative mind and let the hokey pokey do the rest for you and savor the flavor of the ice cream created by you and only you. They have special waffle cones and cups for their ice creams as a base with 3 size of scoops. Ice Kraft, crafting happiness is known for their Gothic black ice cream. The goth culture is now reflected in the ice creams as well. So all the black lovers Ice Kraft is where you would definitely like to visit. Know that when you have the black charcoal ice cream you’re in for a surprise because the ice cream is black but has a hint of the orange flavor which only works in the favor of it. Ice cream works by cream center had opened in 1958 that serves one of the best traditional and interesting ice creams like the pista badami chikki and Calcutta meetha pan. An amazing mixture of the mint flavors, always refreshing is what proves to be the specialty of Ice Cream works. The Parsi owned ice cream parlor is now almost half a century old but still the most successful one running in the city. Old is Gold after all. Known for its sandwich ice cream, which is a crisp thin wafer that sandwiches a small slab of ice cream in different flavors. The most sought after one are Choco Nut, Fresh Strawberry, Coffee Crunch, Mint Crunch, Rum & Raisin. The place is crowded at any given point of time but also quite pocket friendly for the kind of mouth-watering ice creams they serve. The international ice cream parlor was first seen in New York in 1961 and is now one of the best ice cream parlors in the world.  Their recipe is with 100% real cream and milk, which is blended with selected ingredients, to create an ice cream with a unique velvety texture and unforgettable taste. Their flavors are more international than India with Caramel Biscuit & Cream, Blueberries & Cream, and Belgian Chocolate, Macadamia Nut, Mango & Raspberry and more. Sure new flavors and new experiments are lovely to try but sometimes you would like to settle with the usual flavors but would want to go for the best in them. It will always remain ‘the favorite’. As the name suggests the ice cream flavors from this parlor freeze your brain or you could also say it blows your mind away. The choices are great fun at this place as you first pick your bar of vanilla, chocolate or coffees then dip it in different melted chocolates and finish it with three toppings of your choice. Their flavors are from all over the world and specially the sorbets like African Wild Watermelon, Brazilian Citrus Orange, India Pulpy Mango, and American Malus Apple.

So this summer treat yourself with unique and new ice cream flavors from the best ice cream parlors in the city and savor the flavor.