Musical couple John Mayer and Katy Perry recently released the music video for a duet they performed together. Here is a look at the best duets musical couples have produced in the last few years Who: John Mayer and Katy Perry
Song: Who You Love is about relationships and how they are like riding a bull – you got to buckle up and hold on through all sorts of storms together.
What we love: The raw, acoustic tune which resembles the actual feeling of falling in love with innocence and no inhibitions attached. Who: Jay-Z and Beyonce Knowles
Song: Crazy in Love is about the extremes that someone can go to when they fall head over heels in love with someone else.
What we love: This was the beginning of the formation of a powerhouse in the music industry. The upbeat rhythm brings out the best of both the musicians. Who: Jason Derulo and Jordin Sparks
Song: It Girl (Remix) is about a man confessing to the woman he loves that she is the perfect woman for him and he is glad to have finally found her because he doesn’t need to worry about the rest of his life anymore.
What we love: The harmonies by the couple over the RnB tune make it seem like they really believe in what they are singing and that they are truly made for each other. Who: Miranda Lambert and Blake Shelton
Song: Over You was written by the couple about the death of Blake’s brother. It was originally recorded by Miranda alone but has been performed by the couple several times.
What we love: Although not a love song, this country ballad reaffirms us that love makes us stronger and helps us through difficult times.

Justin Bieber recently announced that he was going to retire but later revealed it to be a joke. Here are the musicians we think should retire for good JUSTIN BIEBER
Jokes aside, he really should call it quits simply based on the music he makes REBECCA BLACK
Enough with the days of the week; we know Saturday comes after Friday NICKELBACK
All their songs sound the same and no listens to them anymore. Why do they try? THE ROLLING STONES
Mick is going to have a heart attack someday. We just don’t want to see it happen on stage 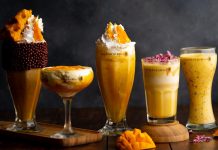