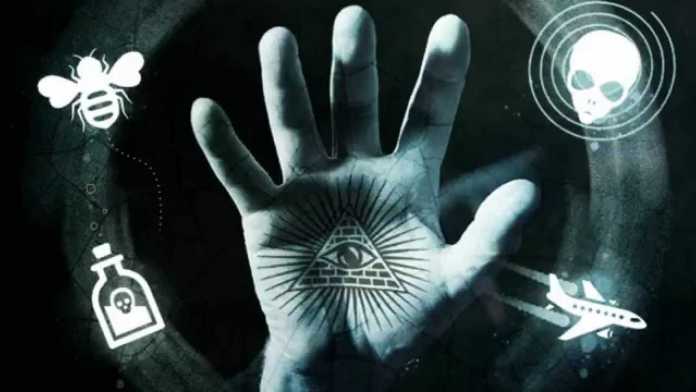 Conspiracy theories: the new and upcoming trend wreaking havoc over the internet. From the Illuminati to the disappearing of the MH 370, conspirers seem to have an answer for everything, usually involving a secret government scheme among other things. The madness over conspiracies is rightly depicted in Ron Howard’sA Beautiful Mind. On searching for conspiracies on YouTube, some several thousand videos come up, the most popular being Shane Dawson’s. The question remains unanswered: do any of these wild, speculative theories hold some truth?

Why do people buy into conspiracy theories?

It seems to me that people who buy into conspiracy theories, more than anything want to reason simple coincidental events. Psychologists believe that conspiracies don’t aim to answer one event as much as they aim to answer all the unnerving events in the World. Conspiracies range from believing we live on a flat earth to believing that the Britney Spears we know is an imposter. Many conspiracies are illogical and far-fetched, while some are agreeably plausible explanations.

One of the most popular conspiracy theories, a community of people believe that the terrorist attacks on 9/11 were a Government job, and not a terrorist attack at all. They derive evidence to back their claims from the fact that he jet fuel from the planes was not enough to melt the steel beams of the World Trade Centre towers, and the towers were, in fact, laced with explosive. Although debunked, the theory continues to live on as people believe the Government planned to destroy the twin towers as an incentive to attack Afghanistan and Iraq later.

One of the humankind’s greatest achievements – landing on the moon has come under attack. Several people believe that the moon landing was faked by the US government in order to get one step ahead of Russia, who sent the first person into space. People claim that technology back then wasn’t advanced enough to send a man to the moon and that the pictures looked ‘fake’. But the biggest clue of them all – in a picture of Neil Armstrong saluting a flag, the flag seems to be stuck in motion, which simply isn’t possible, as there is no air on the moon.

The Holocaust did not happen

Probably the most incredulous of them all – people are under the belief that during Nazi Germany Jews weren’t killed by Hitler’s troops but died of starvation and sickness. Jews who survived went along with the rumours of a holocaust to justify the creating of Israel. The same people also believe that all evidence of the Holocaust is forged, including Anne Frank’s diary.

A general belief exists that an ‘enlightened’ group called the ‘Illuminati’ exists, who see through the falsities of the world and look past religion. Some people believe this to almost be a cult. People believe that various governments, celebrities and authors are part of the Illuminati, too. Michal Jackson’s and 2pac’s deaths are supposedly blamed on the Illuminati as both of the pop stars were publicly anti-Illuminati

The cure for cancer has been found

People believe that scientists have found the immediate cure for cancer – a medicine that would help cure cancer as easily as we can clear a cold, but fear disclosing this to the population. As doctors and scientists make billions curing cancer, it is believed that this simple medicine would leave thousands of doctors unemployed and broke. This theory makes no sense, as this is a huge secret to keep, and all doctors and scientists cannot be in on it. Besides, the medical industry would profit more by selling the cure, than by hiding it.

Some theories have proved to be true, like Apple slowing down old iPhones on releasing a new one, and lip balm companies adding microscopic glass pieces to lip balms to ensure the customer using the lip balm over a long period. Other unproven, but believable theories include the sharing of our personal data by companies like Facebook, Apple and Google to Governments, and other third-party users.

This being said, reading into conspiracies can be a fun past time to indulge in. Some theories are genuinely interesting and thought-provoking, while most are simply nonsensical. You must realize that conspiracies usually hold no truth. They’re simply elaborate stories woven by people who want to feel a sense of control and understanding over the world. The Universe is not a pre-planned affair.