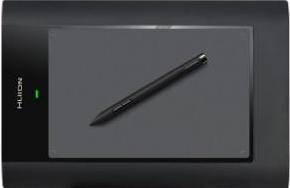 We bring to you a bunch of cheap but great devices that won’t leave you sobbing over your wallet.

With a smart, sleek black design, the Huion K58 won’t look out of place in any setting. A graphic tablet with stellar reviews on Amazon, the K58 is a broke artist’s dream come true – 2048 pen pressure sensitivity, 5080 lines per inch and compatible with Windows and Mac. There is barely any competition, both in terms of the quality of the product and the price. Reviewed at a whopping 4.7 stars out of 5 on Amazon, the Huion K58 features a rechargeable pen, customization for both hands, hosts a bunch of soft wares and is useful for computer aided design, drawing and writing.
Price: Rs.3990 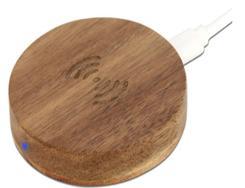 Ah, the beauty of a cell phone. Perhaps one of the most useful things in the whole universe (especially since the invention of smartphones, yay), their utility is perhaps only marred by one thing – the panic attacks their owners are prone to when they discover that their battery is on one percent and they’re stuck in some godforsaken hellhole with no charger. Never fear– the Bamboo Qi Wireless charger is here to rescue. With virtually no hassle and no need for walls, the Bamboo Qi charger powers up your phone on the go – anywhere and everywhere. Compatible with just about any popular mobile brand, it also offers you the opportunity to charge two devices in one go, with an attached USB cable as well. With a 4 out of 5 review from Amazon, it’s worth it! Also it’s imported from US with all charges covered! Could you ask for more?
Price: Rs.1699 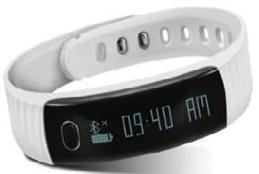 Fitbit, shmitbit. The Intex Fitrist Health Band is a fraction of the price and has pretty much the exact same features with a couple of a lot more handy ones thrown in. Apart from its standalone features, which include a step and calorie counter as well as a distance tracker, it also allows you to take seamless control of your mobile phone as well. With a find your phone feature that never lets you stray too far from your phone or forget it at the gym, it also has a remote shutter option for taking the perfect gym selfie. It contains MP3 control so you’re not forced to constantly keep unlocking your phone to switch to the next jam while gymming. Compatible with just about any well-known mobile phone brand, it doubles as both a fitness tracker and a personal assistant.
Price: Rs.1049 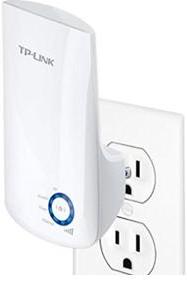 Greetings have changed greatly over time – in 1916 it was ‘Good afternoon sir, how do you do?’ and now in 2016, it is ‘Yo, what’s your Wi-Fi password dude?’- Perhaps the biggest testament to the importance of the wireless network in our lives. The TP Link Wi-Fi Range Extender is designed to eliminate dead zones and boost wireless signal to previously unreachable areas. It can be mounted on the wall, allowing for easy portability and also can turn a wired device into a wireless one. With 300 Mbps wireless, it is also ideal for HD streaming, movie downloads and gaming – not to mention the plug and play feature that allows users to extend their network range at the push of a button. It is compatible with ISPs like MTNL, Airtel, Hathaway and many neighbourhood providers. With a 4.2 on 5 rating on Amazon, this seems to be a boon for internet addicts everywhere who struggle with homicidal tendencies when their Wi-Fi begins to fluctuate. Price: Rs. 1528