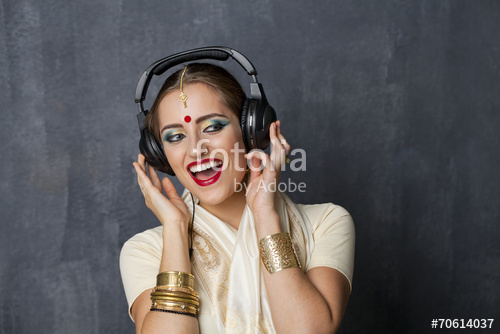 Gone are the days, when Indian music took cues from International numbers. Janvi Manchanda tells you about international music with hints of Indian beats

Years ago, thanks to the internet, the new generation got access to international music. We the new gen, chose English music over Hindi. Gradually we were introduced to different genres like country, trap, EDM, house and what not! The Indian audience became open to international music which brought many new changes in Indian music. Today Indian music has a universal audience and has witnessed some big changes. It has been inspiring international artists since The Beatles. From Shakira to Major Lazer, many artists have used Indian beats and given an Indian touch to their music videos. Selena Gomez used Indian music and lyrics in her song Come and Get It. She also wore a bindi while promoting her song. Major Lazer used a little Indian beats in the song and the video was shot in Indian and had Indian outfits. Coldplay’s music video of Hymn for the weekend had a shot of India.
In the recent years, Indian music has redefined itself and has open up to the universal audience. Indian artists are being accepted universally. DJ Shaan, DJ Anish Sood, Lost Stories, Nucleya, KSHMR, DJ Chetas are some artist responsible for it. DJ Shaan was the first Indian to perform at Tomorrowland in 2014. In 2015, the duo, Lost Stories performed at Tomorrowland. Not just Indian artists like KSHMR and DJ Chetas were on the 23rd and the 59th rank in DJ Mag’s top 100 DJ’s in 2015.
Indian has also opened up to international artist in 2007, in the first edition of Sunburn when Axwell came to India. In 2009, DJ Armin Van Buuren came to India for the third edition of Sunburn. But Sunburn became even more popular after 2013 when Afrojack came to India. Sunburn 2014 saw big international artists like Dimitri Vegas & Like Mike, Krwella, Knife Party, Sander Van Doorn.
Today, India is inspiring international artists and music. Indian music is now going places. The new generation is now going from EDM, IDM to BDM.
So we spoke to Rishab Joshi from Lost Stories and DJ Chetas and this is what they had to say about it.

SINCE WHEN DID INDIAN MUSIC START REDEFINING ITSELF?

Rishab Joshi: I think Indian music has been redefining itself constantly over a couple of decades with the implementation of disco, drum and bass, breaks into mainstream film music and more. Currently, a lot of new age producers are pushing the boundaries and making cutting- edge dance music with Indian elements.
DJ Chetas: Indian music has constantly been redefining itself. We’ve never been stagnant on a style according to me. Take Bollywood for example, music composers have changed their style so much and are so adaptable. I worked with Pritam on Dilwale, he’s known for Bollywood pop music and introducing rock. He opened up to exploring an EDM theme for Dilwale and together we were able to achieve that. Indian Music is also finding it’s way in the International Music with artists like KSHMR sampling so much from the Indian music catalogue.

HAS INTERNATIONAL MUSIC BROUGHT ANY CHANGE IN INDIAN MUSIC?

Rishab Joshi: Definitely. Medieval Pundits revolutionized the Indian music scene by implementing Indian classical with bass music. Indian music has started to sound fresher than ever thanks to a lot of talented producers.
DJ Chetas: Yes, it definitely has. Indian music producers and composers are working hard to get the same quality of music releasing internationally. This is visible in Bollywood and EDM in India. A song like Sooraj Dooba Hai is an example of how international elements are finding their place in Indian music. Even something like a legendary Sufi singer like Kavita Seth exploring trance with her album Trance with Khusrow is a great milestone for Indian music.

INDIAN MUSIC IS BEING LIKED UNIVERSALLY, WHY SO?

Rishab Joshi: Indian music always projects a certain depth, emotion and puts you in a state of trance which are the perfect ingredients of a great song. Hence songwriters and
producers like KSHMR from LA and more are using Indian elements to get that particular feeling in a record.
DJ Chetas: Indian melodies and vocals are unmatchable. Our music doesn’t just grow on you, it leaves a print on you. I think marketing has a great role to do in this too. Our music is now better marketed and distributed worldwide and that’s why people are getting to know our sound better.

AS AN ARTIST WHERE DO YOU WISH TO TAKE INDIAN MUSIC?

Rishab Joshi: We are already doing our best to put India on a global dance music map. We want to unearth the classics and folk music and use them as a part of our dance music projects.
DJ Chetas: As a DJ and composer, I want our music to be played on every radio channel, in every music festival, placed in the biggest of movies and TV shows, but for this we need to crack how to get that right quality and acceptability to bridge two worlds. I’m working really hard on this one project which I’m confident about taking internationally. All I can say is fingers crossed! 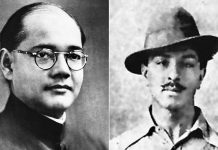 How Well Do You Know Famous Indian Personalities?