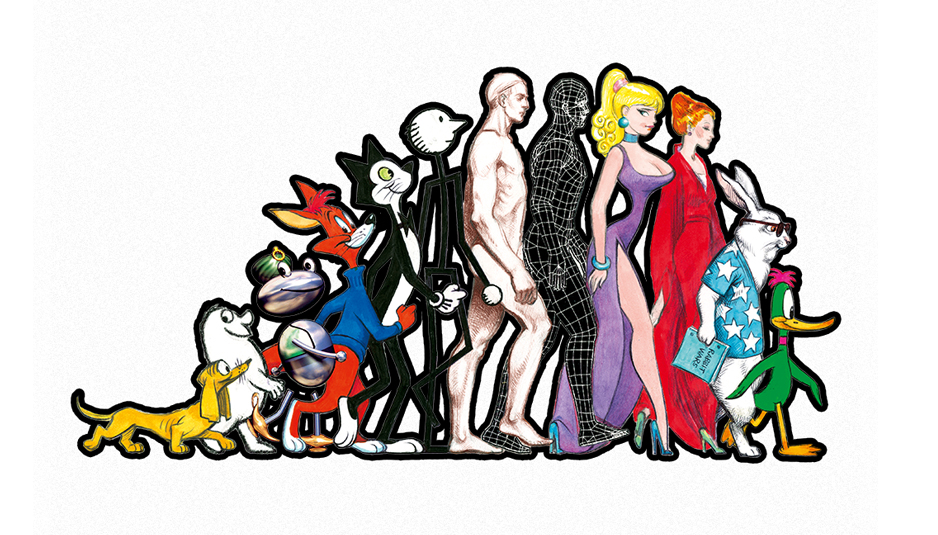 Animation and VFX may as well be called the career of the future within the entertainment industry. Read on as we tell you more about this exciting new career opportunity.

With movies like Avatar, Life of Pi, Harry Potter and so many other making a huge impact on our entertainment industry at large, the popularity and importance of animation and VFX can no longer be denied. The use of animation and VFX has certainly caught the fancy of audiences young and old, and has changed the way entertainment was perceived before.

With the technological revolution hitting the sources of entertainment devices and services, a career in animation is certainly a thing of future. To become a successful professional in the field of animation and VFX film-making, it is of utmost importance to understand that the industry is all about the art of effective storytelling. A creative aptitude is a basic requirement for anybody aspiring to make a career in animation and VFX filmmaking.

The animation & VFX industry has already grown enormously, and is expected to continue to grow at a very fast pace. Due to the tremendous growth potential of this industry, it is creating great career opportunities for trained & talented people.

The magic of animation can be best explained by the examples of blockbuster movies like Kung Fu Panda, Ice Age, How to Train Your Dragon and Brave. The animation industry has immense career scope for those who want to bring their creativity to life and tell interesting stories.

3D Modellers: 3D modellers create computer models of a particular object from all angles, so that the viewers can understand the object better. A 3D modeller is required in all sorts of industries including film & video production studios, game design companies, advertising & graphic design firms, software firms, medical animation, and product design firms.

Character Animators: A character animator develops characters and appropriate body movements to tell a story, be it for films, television, mobile applications or video games. In short, character animation is the process of bringing a character to life through software such as Flash, Maya, Light wave and other available programs.

Texture Artists: A texture artist’s job is to create and apply texture, colour and three dimensional effects to animated characters, environment and props surrounding the character or the artwork. A texture artist needs to be a detail-oriented person as this process involves working on the finer nuances of the artwork such as wrinkles, fur, scales etc. Some of the most common software and rendering platform used by a texture artist are Photoshop, 3D Paint, UV Layout/Editing, Render Man, Mental Ray, Maya, Shaders, and Houdini.

Rigging Artists: A rigging artist needs precision & an eye for detail. He/she is responsible for adding bones and skins to an animated character. He/she has to work in sync with modelers and animators to develop new technique to solve production challenges and make believe character movements possible.

Storyboard Artists: Storyboard artists provide a visual representation of a sequence/film by drawing frame by frame sketches by hand or on a computer. He/she has to present the action in a series of scenes, which allows filmmakers, advertisers and producers to evaluate the project before the start of production. Storyboard artists work with films, television commercials, animation studios, gaming studios and in the advertising industry.

Compositing Artists: A compositing artist is one of the most important players for the post production process, who gives finishing touches to the project. Their job is to creatively combine all the elements received from various teams in to the final output. Compositing artists may use software such as Adobe After Effects, Nuke, Motion, Combustion or others to provide the final output.

Some of the best examples of VFX in movies are Avatar, The Lord of the Rings, and Skyfall. The aforementioned movies along with the additions of Life of Pi, Madagascar 3, Rise of the Planet of the Apes and even Spiderman 3 all owe their success to the amazingly talented visual effects artists (VFX artists) in India, who made sure that the effects in these movies looked realistic and believable to the audiences.

Even within the Indian film industry itself, VFX is fast catching up. South Indian movies like Makkhi and Rajnikanth starrer Kochadaiiyaan have set new standards for the Indian VFX industry. These rapid developments in the visual effects industry are, in turn, creating huge demand for trained visual effects artists. Along with the film industry, the gaming industry is also one of the major industries for VFX artists.

Match-Moving Artists: A match moving artist works on inserting computer generated graphics in live action footage and matches those movements in 3D. Their responsibility is to ensure that the animated objects, when inserted in the live action footage, look seamless and perfectly match the scene, so that viewers believe that character graphics elements are an actual part of the live footage.

Roto Artists: Rotoscoping is the process of manually altering video or film footage one frame at a time. Roto artists are responsible for tracing areas of live action frames where computer graphics will overlap or interact with live images.

Pre-vis artists: A pre-visualization artist, more commonly known as a pre-vis artist, is responsible for visualizing complex scenes before the actual shooting. This can be done through images drawn by hand or by using digital technology. Pre-visualization helps a director to get a clear idea of a sequence and the final camera movements before the actual production starts.

Depending upon the complexity and equipment required to pursue it, animation and VFX courses cost between Rs. 7,000- 11,000 (approximately) per month.

Starting from Rs. 8,000 – 10,000 per month, salaries in the animation and VFX industry usually change based on the skills and capability of the student. One can easily expect to command between Rs. 25,000 to 30,000 per month within two to three years. Once you’re an Assistant Animation/Creative Director or Assistant Technical Director or Supervisor level, you can expect to start getting Rs. 60,000 and above. If you do very well, you can also expect to eventually start earning over a lac per month.

Apart from regular jobs, there is also a scope for freelancing which can earn you a monthly income ranging between Rs 45,000-60,000 and above, provided you have a minimum production experience of four or five years.