The Battlefield series has always been about multiplayers; but EA’s pre-release campaign for Battlefield 3 creates much hype for its single-player mode. Sadly, it is plagued with all the follies of a generic Call of Duty wannabe. Rather than sticking to the series’ signature open-ended approach, levels are linear with set pieces that evoke a strong ‘been there, done that’ feeling. But while it isn’t the CoD-beater EA was billing it as, the campaign will deliver a few hours of fun. However, the online multiplayer lives up to all the hype, featuring massive maps, support for 64-player matches and vehicles ranging from tanks to fighter jets. The gunplay is close to perfection, and the levelling system and perks will keep you hooked. This is backed up by jaw-dropping visuals and industry-leading sound design. Battlefield 3 is one of the best shooters around, as long as you are in it mostly for online multiplayer. 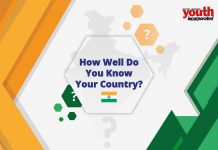