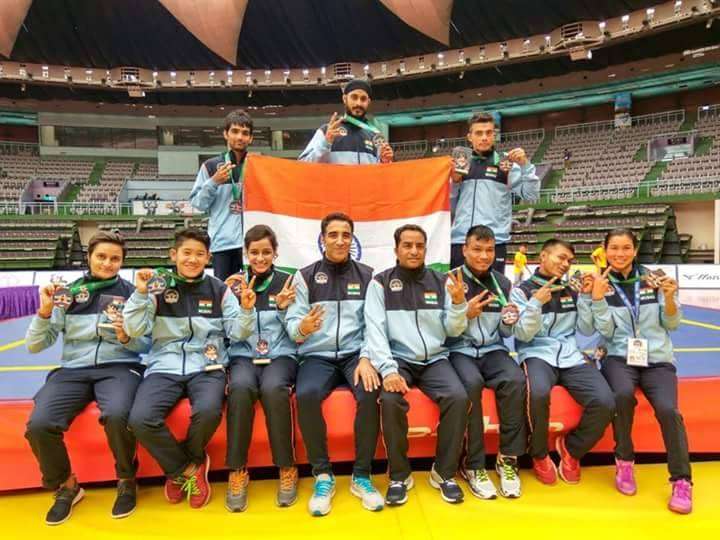 The Indian wushu team won four silver and five bronze medals in the 6th Asian Championship which drew to a close in Taoyuan, Taiwan.

Wushu is a form of martial art practices which originated and developed in China. It is categorized into two main categories, namely Taolu (Routines Competition) and Sanda (Free-Fighting Competition). Wushu was first introduced in India in 1989 with the formation of the Wushu Association of India (WAI) based in Lucknow and it soon followed the induction of senior nationals . Wushu made its debut in the 2011 National Games in Ranchi.

The 9th edition of Asian Wushu Championships started in Taoyuan, Taiwan, on September 1 and ran until September 5, 2016. Prior to the Asian Championship, Indian Wushu team attended one-month foreign exposure training at Shandong, China from July 1 to 30. Kuldeep Handoo from Jammu and Kashmir was selected as the official/coach of Indian team. The sporting event brought together wushu artists from 24 Asian countries. China finished with maximum medals followed by Iran and Vietnam. In the last edition, India won one silver and nine bronze medals at Ho Chi Minh city in 2012.

K Arunpama Devi (90Kg) and Rajinder Singh (60Kg) were the other silver-medallists.