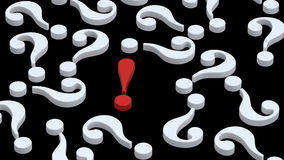 In our day to day lives, we all end up just stopping for 2 minutes and thinking ‘Dude, why did this actually happen?’ Here are a few things that are left unanswered in our minds and we wish we could actually get some answers to these. Anyone who can answer these will get a Cash prize of Rs.10,00,000. Lol no, Just kidding. But seriously, I can vouch for this that all of us have thought about these questions sometime or another.

Weeks after the release of Bahubali: The Beginning, fans and foes all over the world are still busy speculating the reason behind the heart wrenching assassin of Bahubali (played by Prabhas) by the hands of Kattappa (played by Sathyaraj). At the end of the SS Rajamouli directed magnum opus Baahubali first part, the most dramatic scene appeared. This discussion has stirred up quite some jokes that are breaking the internet. There have been several conspiracy theories and speculations regarding the murder of Baahubali which are hilarious. There are talks about the 2nd part of this movie being released as well and we hope this question is answered in that otherwise, I swear, a majority of the Indian population is going to get nightmares with this question flashing up in their dreams and another Kattapa threatening to kill them if they don’t have the answer.

Who else thought that these two were absolutely inseparable? We definitely did. And when this news actually hit us, we were hell shocked and broken hearted. The reasons weren’t really clear of them splitting up and why they decided to live separately but we are dying to get the scoop on it. What was such a big if an issue that made them go separate ways? We really really need to know cause it kills us to see them parted

We still don’t know what happened to make Ted wake up with a pineapple and Winnie Cooper that one time. (Well, we know about Winnie.) The gang apparently holds the keys to the Pineapple incident, but it’s never revealed to Ted or the audience. We all need some closure on this as it hurts to not know about some incident among this gang

At the end of Series Two, the infamous criminal mastermind shot himself on St. Bart’s rooftop (right in front of Sherlock), but during the last 30 seconds of Series Three, a video plays on every screen in England with him saying “Did you miss me?” Is he really back for another face-off with Sherlock? If he is alive, how did he do it? How did he fake Sherlock into thinking he had really killed himself? These are probably the most pressing questions on everyone’s minds and the reason waiting for Series Four has been excruciating for the fans.

Amy claimed that Desi kidnapped her, and she staged at least one scene for the cameras where it looked like she was in distress. But what about all the other days and weeks worth of footage? What about the shots of her arriving willingly at the house? And what about the footage of Desi leaving for work each day — time which Amy didn’t use to escape? Like hello, answer us! We need some closure here.

And after all these questions, the one question that keeps popping up in our mind always “ACHE DIN KAB AYENGEY,MODI JI?”