What pops up in your mind, when you hear the word ‘Filmmaking’? Several retakes, complex camera angles and splendid, opulent sets. Of course, these are the conventions followed by most filmmakers, but there are many who are challenging the old school methods with new age techniques. Shahen Pardiwala tells you about three unconventional techniques of filmmaking that will make you reconsider your perception of filmmaking. 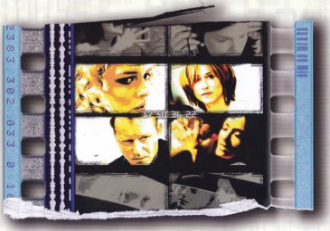 ONE SHOT FEATURE FILM
No retakes! The movie starts with an ‘action’ & ends at ‘cut’ of just one long take. No time to blink your eyes!

What?
Edits and cuts distract the flow of a film at times. One take films aim to avoid that and give the movie another level of visual and cinematic appeal. Such a film captures your breath with the first frame and lets you relax only with the last one. In some cases, it is employed even when the makers are short on budget.

One Shot Movies:
Timecode (2000, English) – A Mike Figgis movie, it is a long take feature film which uses the split-screen technique, showing four screens simultaneously. It was shot with four hand held cameras, in one take, on the sixteenth performance. Russian Ark (2002, Russian & Persian) and Victoria (2015, German) are other one shot movies, among others.

Challenges:
Immense amount of technical knowhow and rehearsals are required to achieve this feat. Such films usually need several attempts before succeeding in creating the film in one take! It can be a challenge to achieve that visual and cinematic appeal.

What?
The idea is to replace the traditional huge camera setups with…your smart phone! This trend began the growth of YouTube &many makers growing confident of showcasing their films, regardless of some being shot on their phones.

Why?
Smartphones today are helping filmmakers to shoot with high resolution cameras and low budgets. So why not use the same to transform the filmmaking process? Do makers want to take the plunge of filming commercial movies on their phones?” Let’s see…

Challenges:
The biggest challenge for filmmakers is to make the movie look cinematic. No doubt it’s a feat to shoot on a 5-inch gadget. Few supplements can help overcome these obstacles (Filmic Pro makes footage look cinematic; DaVinci Resolve for colour correction).

What?
Giving no prior intimation to authorities; the motto is to reach, shoot and leave without drawing much attention.

Why?
With a surge and growth of the number of independent film makers in the past few years, the industry has become one of the most competitive ones! Producers have become more selective on choosing projects & movies are made on shoestring budgets! In many cases, there is not enough time or resources to spend to get permissions or pay bribes and other charges to shoot on real locations.

Challenges:
Without a skeleton crew (team of least possible people) and intelligent use of inconspicuous equipment, guerrilla movie-making can get one into trouble. Hence, the scenes are extremely wellrehearsed before the actual on-location shoot (Colour correction; Steadicam Smoothee: for a better grip on the camera and avoid shakiness).