Some of the fondest memories of school and college involve teachers that were met along the way. While some of them were popular for the wrong reasons, there were many who were loved and adored. Nonetheless, the role a teacher plays can’t possibly be swapped with any other. As an ode to teachers, Deepanshu Verma and Nidhi Choksi compile a list of the 10 best professors straight from the big screen

Post Mohabbatein, Shah Rukh set a bench mark for the role of teachers. As a student he was suspended from Gurukul for falling in love with the principal’s daughter. A few years later, he returned as a teacher to Gurukul, with a violin in hand taking the role of a music teacher. He taught his students to live life to the fullest while supporting them to stand up against the principles unjust rules.

The character of Madame Mary played by Simi Garewal is an old but golden example; she is still prized by audiences. Caring, loving, warm and extremely attractive, 20-year-old Mary made little Raju’s heart melt.

Dr Viru Sahasrabuddhe or ‘Virus’ as people like to call him, played by Boman Irani, is certainly one of the most memorable characters in Hindi cinema in recent times. A bizarrely unrefined dialogue-delivery mixed with crude audacity, Professor Virus, through the course of the film, matures into a pleased and satisfied man whom the audiences couldn’t despise anymore

Sexy chemistry teacher Chandni Chopra from Main Hoon Na, wearing billowy chiffon sarees and figure hugging blouses gave boys butterflies in their tummies and of course the hope that they too would have a similar teacher. After the movie’s release, every school and college student wished they’d be blessed with that one hot teacher. After all, who wouldn’t want a teacher that turned heads with her beauty and her brains?

Dumbledore is as close to being a phenomenon in Hogwarts as anyone will ever get. Probably the most celebrated Headmaster in a 100 thousand-mile radius of wherever you are right now, he is adored and loved by Harry Potter lovers across the globe. On the 15th anniversary of Harry Potter’s first book release, J. K. Rowling stated she missed Dumbledore the most out of all other characters in the wizardly saga.

Playing the role of Debraj Sahai, a teacher to deaf and blind student Michelle McNally played by Rani Mukherjee, Amitabh took audiences through a heart touching journey of a girl trying to overcome her disability. As a teacher, he understood her devastating isolation and helped her overcome failures and obstacles while also encouraging her to enjoy failure by embracing everything that came her way gracefully.

4. Jack Black in School of Rock

Dewey Finn is undoubtedly in the game for being one of coolest teachers ever. We can’t seem to get him out to get out of our heads and hearts. A wannabe rock singer, Finn disguises himself as a substitute teacher after being thrown out of his band. Once in the school, he tries to convert an otherwise boring music class of fourth graders into a rock band, and might we add, a successful one. Isn’t that cute?

Obsessed with cricket, but blind and deaf, Shreyas Talpade is helped by a former cricketer portrayed by Naseeruddin Shah to fulfill his dream of playing for India. Though initially hesitant with the decision to teach him, after much contemplation he teaches him the techniques of the game to successfully produce an unmatched bowler.

2. Jackie Chan in The Karate Kid

Maintenance man Mr. Han played by Jackie Chan, who is secretly a master of Kung Fu, helps little Dre fight his class bully and Kung Fu prodigy, Cheng. Han teaches Dre that Kung Fu is not merely about throwing punches and jabs, but about staying mature and calm as well. As the movie proceeds, the audience learns that beneath his tough exterior, Mr. Han is a supportive teacher who believes in practicing Kung Fu the hard and traditional way.

Imprinted on the memories of audiences worldwide, Aamir Khan’s extraordinary performance as little Ishaan’s mentor was admired universally. The film followed the journey of a teacher trying to bring the best out in his dyslexic pupil. The film won Aamir the best director award in just about every Indian award ceremony and went on to be India’s official entry for the 2009 Academy Awards under the Best Foreign Film category. 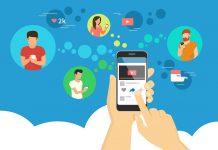