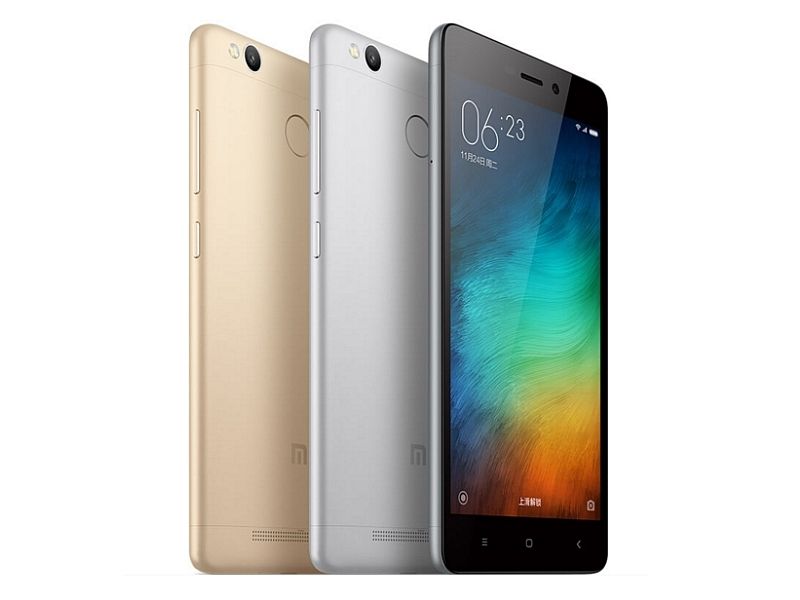 China’s tech giant company Xiaomi has always been a crowd pleaser. Xiaomi came up with its first budget smartphone Redmi 2, a year ago in March. The tech giant company then came up with Redmi 2 Prime, but it was not a great successor. Now after a year, Xiaomi has launched the Redmi 3S as a successor to Redmi 2. The new budget smartphone, Redmi 3S launched in India, features a metal body with a 4100 mAh battery. It comes with 16 GB storage and 2GB RAM and is priced at Rs 6,999. Another variant Redmi 3S Prime, sporting 32 GB storage, 3 GB Ram and a fingerprint scanner will be priced at Rs 8,999.

Both the smartphones feature a 5-inch HD (720×1280 pixels) IPS display which gives good viewing angles and a decent colour reproduction and it runs MIUI 7.5 based on Android 6.0 Marshmallow.  They are power packed with a new Snapdragon 430 SoC that comes with eight Cortex A53 cores clocked at 1.4GHz. The interesting thing is both the phones have same cameras- 13 MP rear and 5 MP front facing camera. Connectivity options on the handsets include 4G, Wi-Fi, GPRS/ EDGE, Bluetooth, GPS/ A-GPS, Bluetooth, Glonass, Wi-Fi 802.11 b/g/n, and Micro-USB. The tech giant company claimed that the Redmi 3S and the Redmi 3S Prime are the first smartphones featuring the new Snapdragon 430 chipset to ship in India.

Growth Of Public Relation With Implementation Of AI