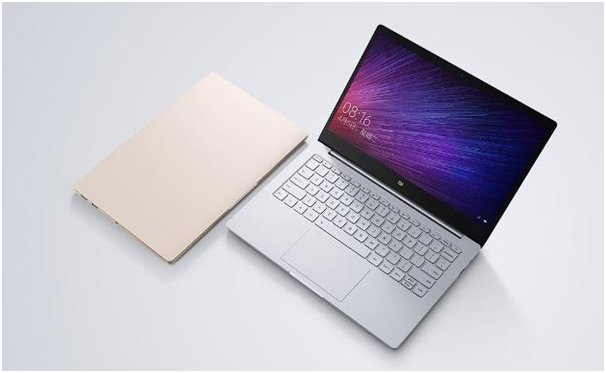 Chinese smartphone giant Xiaomi, is known for offering high-end products at a very affordable cost. Be it smartphones, drones, Segways or air purifiers; there was something which this tech giant missed out. This Chinese company has now tried its hand to bring out its first laptop. At an event, with announcing their new Redmi Pro smartphone, the company gave a huge surprise by launching its first ever laptop line- Mi Notebook Air.

The device is designed to give a cut-throat competition to Apple’s MacBook Air having the similar name. The reviewers immediately pointed out that this newly launched device has striking similarities in terms of look and branding with the Apple’s MacBook Air. This first foray into the laptop line by Xiaomi will eventually expand its growth of the products. The laptop will be available in two models that will cost $540 and $750 (approximately Rs 36,000 and Rs 50,000) having this budget the company has reminded their potential customers that their product is superior in terms of pricing and quality with that of Apple’s Macbook Air. Both these laptops will run on Windows 10.

The Mi Notebook Air’s 13.3-inch model is just 14.8 mm thick and weighs 1.28 kg having an Intel Core i5 Processor, a 8GB DDR4 RAM and a 256GB PCIe SSD, with an expandable SSD slot. It also comes with an NVIDIA GeForce 940MX graphics card, particularly giving a better gaming experience. Comparatively, the 12.5-inch model has lower-end features but it is slimmer and lighter at 12.9 mm and 1.07 kg having an Intel Core M3 processor with integrated graphics, 128GB in expandable SSD and 4GB RAM.

Xiaomi doesn’t actually build the laptops itself. Instead, they are produced by a partner firm, Tian Mi, under its “Mi Ecosystem” branding. The Mi Notebook Air is launching in China on August 2nd. However, there is no information about the global availability.

Reacting to the launch of its first ever laptop, ‘Mi Notebook Air’ many