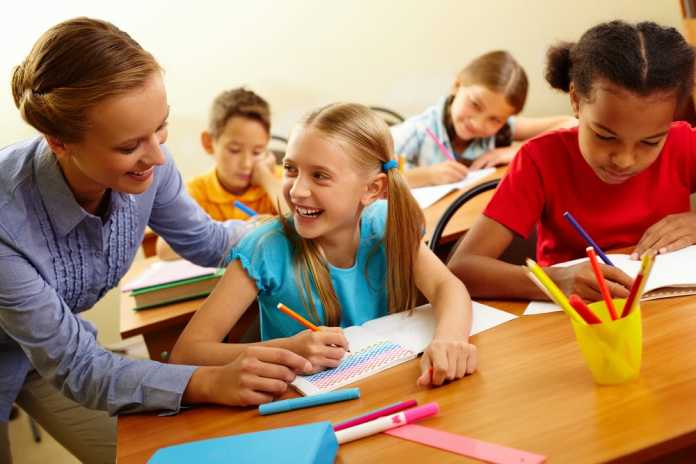 In India, we can only ever dream of a perfect school or a perfect teacher. However, Finland has come pretty close to that dream. Finland’s education system is one of the best in the world and the reasons for that will probably shock you –

Finland’s education system boasts of giving hardly any homework to its kids. In fact most kids believe that they can complete their homework in less than half an hour. The teachers and principals support this lack of homework as they believe that students have other things to do which are equally important. Sports, socialising, being with family and even exploring their backyard are considered to be very important in a student’s life.

Finnish students spend the least amount of time in school than students from other parts of the world. On average Finnish students only spend three hours and forty five minutes in school. This is again supported by the fact that students have a life outside school. It is stated by Finnish teachers that students have to learn and not study and hence socialisation, sports, exploration etc. are part of learning. And the best part? The three hours and forty five minutes they spend in school include lunchtime!

Finnish students start their elementary education much later, when they are seven, unlike most other countries. There are pre-schools but Finland prefers to educate students when they are ready for it. It is scientifically proven that when children are younger than seven they aren’t in right mindset to hold a pencil and paper, and sit in class.

In India, there is a slight possibility that your English teacher is very bad at the language. However, in Finland that is not the case. Teachers have to go through series of stringent tests before getting the job and it is very difficult to become a teacher in Finland. Because of its tediousness, Finland also pays its teachers very well. Teaching is a professional job and not for people who just have a degree or matriculate.

As mentioned earlier, teachers are very qualified and talented. Hence, teachers have utmost liberty in their curriculum. They don’t need to follow particular teaching standards and teach what they feel is right. This helps students pick up things faster and makes the learning more interactive. Physical Education, Arts, Poetry, Music etc. are very important in school and are given utmost attention.

Finnish students don’t have to pay fees for nine years of schooling and as such there are no good schools and bad schools. Schools tend to be present in every neighbourhood and if not possible, free transportation is provided. Most students go to school walking because it is usually that close-by. There is no rich and poor in schools as there are no private schools. All schools tend to have a mix of poor and rich; in fact in Finland there is no one who is extremely poor or extremely rich. Collaboration is very important in Finnish education.

Collaboration is More Important than Competition

The Finnish education system does not have standardised testing. They do not prepare their students for a particular test like boards in India. They promote learning collaboratively and tests are very few. There is no need to give a standardised test to move onto senior school. They believe that when there are standardised tests the school just teaches the students to pass those tests, and the students are not really learning anything.

Finland has specific teachers who indulge in helping students play and learn. They are taught through games which have a higher purpose. They don’t indulge in rote learning. They believe that students learn better through doing than through memorising unnecessary texts from books.

Special Care Given to Students Who Can’t Cope

In most countries when a student can’t cope with the pace of the subjects he/she just most likely fails or passes by mugging up. This doesn’t happen in Finland. If a student is unable to cope then special care is given to him/her and a mentor is provided. Since these students are being given special care, parents do not have to pay for tuitions outside of school.

Finnish schools probably have the best meals. And they are free for all. Every student gets a meal from school and this provides them with the required energy to sustain throughout the day. The meals are nutritious but are also tasty.

Why is this possible?

One might ask why this has only been possible in Finland and not elsewhere. There numerous reasons for this. Firstly, in Finland there are very few tax evaders which means that the government is able gain a lot of revenue in tax and in turn provide free education and meals. Also, because there aren’t any private schools for the rich, the rich donate a significant amount to public schools so that their standards don’t dip.

In the rest of the world, especially US and India, education is considered to be more of a business than a need. Most schools make money out of students than actually teach them anything. They woo students with various facilities which may or may not be functional or of any use and take thousands as fees. Most teachers are given their post because they passed college and not because they are trained in that profession.

What India and most countries need to learn is that, Finland was not a rich country. Russia had left it in taters by the end of World War II; Finland doesn’t even have many natural resources. It doesn’t even have the potential of solar energy that tropical India has. Yet, it has risen from the ashes. One can say that Finland isn’t as big and diverse as India, but Finland also has disadvantages that India doesn’t. Maybe it is time to stop making excuses and actually face the problem and renew our education system. Because only with a better education system can we have a better country.