The Lok Sabha’s passage of the Energy Conservation (Amendment) Bill, 2022 on 9th August 2022 marked the end of the monsoon session of Parliament. To encourage the reduction of carbon emissions, the bill suggests a groundbreaking carbon market framework for India. It advances India’s attempts to fulfil its pledge of reaching zero carbon emissions by 2070,  made at the 2021 United Nations Climate Change Conference (COP26) summit.

Analyzing the negative impacts of an oversupply of carbon in the environment is vital to comprehending why carbon markets can aid in the reduction of greenhouse emissions. Carbon dioxide is the leading cause of the ever-increasing pace at which climate change is taking place. Global rise in temperatures, sea levels and melting of polar ice caps are all exacerbated by the greenhouse effect.

What are Carbon Markets?

Carbon markets, in a nutshell, are trading systems in which carbon credits are sold and purchased. A carbon market turns emission reductions and removals into tradable assets. The purpose is to offer a clear financial incentive to companies to reduce their emissions faster, as well as to help direct investment to the cheapest and fastest projects for reducing emissions.

It is anticipated that the renewed emphasis on reducing greenhouse gas emissions and achieving carbon neutrality with clear milestones and targets will boost private sector involvement in the fight against global warming. The demand for voluntary carbon credits in India will be fuelled by these commitments.

Carbon markets have proven to be amongst the most effective drivers of reducing emissions, demonstrating the lowest-cost emission reductions. Furthermore, carbon credits will spur innovation and finance clean projects from Indian MSMEs, which have a sizable scope for emission reduction. They can also provide greater liquidity to reduction certificates from India, encouraging greater reductions globally. Additionally, companies in the renewable energy sector will expand, and businesses that produce equipment or provide services that assist carbon-intensive industries will also see a boost in revenue.

Before the introduction of Carbon Markets, there existed a concept known as Clean Development Mechanism(CDM). India benefited financially from the CDM as it provided developed countries and their businesses opportunities to buy credits from projects that reduced greenhouse gas (GHG) emissions in India to ‘offset’ their own domestic emissions. However, due to the increasing corruption involved in CDM projects, it became cheaper for developed countries and companies to buy carbon credits rather than actually invest in the green technologies we need. In order to ensure the effective functioning of a carbon market, we must learn from the factors that led to the ultimate collapse of the Clean Development Mechanism (CDM).

Lessons that India can draw from the global experience

In some nations and regions, carbon markets already exist. India would do well to analyse the approach adopted by these countries and learn from their experiences. For instance, in the European Union (EU), industrial facilities adhere to strict emission guidelines and buy and sell credits based on their performance. In California, United States, there is a cap on the number of greenhouse gases that can be produced by a specific industry or sector of the economy. Businesses are then permitted to emit a certain number of metric tonnes of CO2. Businesses that pollute less than their allotted amount can sell the excess to other businesses, encouraging everyone to reduce emissions as soon as possible.

Back home, a report from Deloitte Economics Institute highlights that India stands to gain $11 trillion in economic value over the next 50 years by limiting rising global temperatures and realising its potential to export decarbonisation. The establishment and robust functioning of national carbon markets is a step forward in this direction. The onus is thus on the government to establish regulatory frameworks and policy guidelines that create clear mandates for emission reductions. 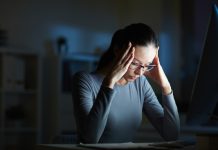 Tackling The Dilemma: Should You Get Your Master’s Degree or Work? 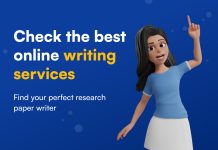 Research Paper Writer to Make All Your Struggles Disappear: Our TOP Picks 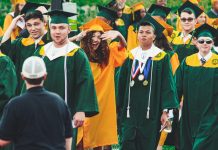 How Much Does It Cost To Do A Master’s In The USA? 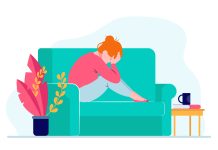 Rumination: Are Your Thoughts Stuck On Repeat?