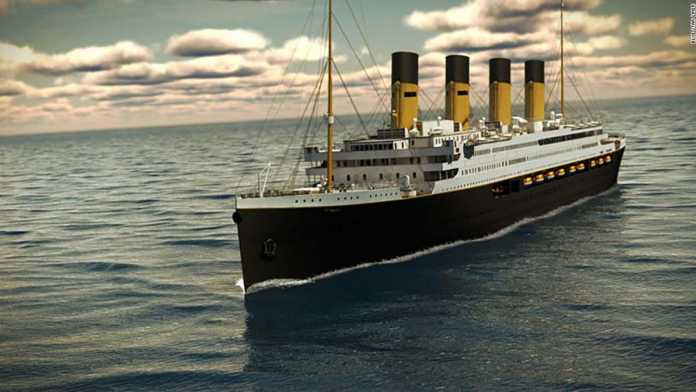 Nearly 110 years after Titanic tragically crashed into an iceberg and sunk to the bottom of the ocean, Titanic II will set sail in 2022, an almost exact replica of the original ship. The ship is being built by Australian shipping company Blue Star Line, in a project that reportedly costs a whopping $500 million.

Titanic II will have the same built, architecture and interiors as that if the original one – grand staircases, fancy dining rooms, and adorned with crystal chandeliers, but will have a number of modern amenities, safety procedures and navigation methods. “While every bit as luxurious as her namesake, Titanic II will have every modern amenity along with 21st-century technology and the latest navigation and safety systems,” said a Press Release from Blue Star Line. The classes will also be categorised into First, Second and Third Class.

Come 2022, the ship will embark on a two-week-long voyage carrying 2,400 passengers and 900 crew members. It was initially reported that the ship would travel from China to Dubai. However, it has emerged that the ship’s voyage will begin in Southampton, England and end in New York, the same intended route as that of the original Titanic.

“The ship will follow the original journey, carrying passengers from Southampton to New York, but she will also circumnavigate the globe, inspiring and enchanting people while attracting unrivalled attention, intrigue and mystery in every port she visits,” said Blue Star Line’s chairman Clive Palmer.

The project was first announced at a gala in 2013, and while production was well underway, it was halted owing to a financial crunch. Blue Star line has announced that work on the ship has resumed and she will set sail in the Atlantic ocean by 2022.