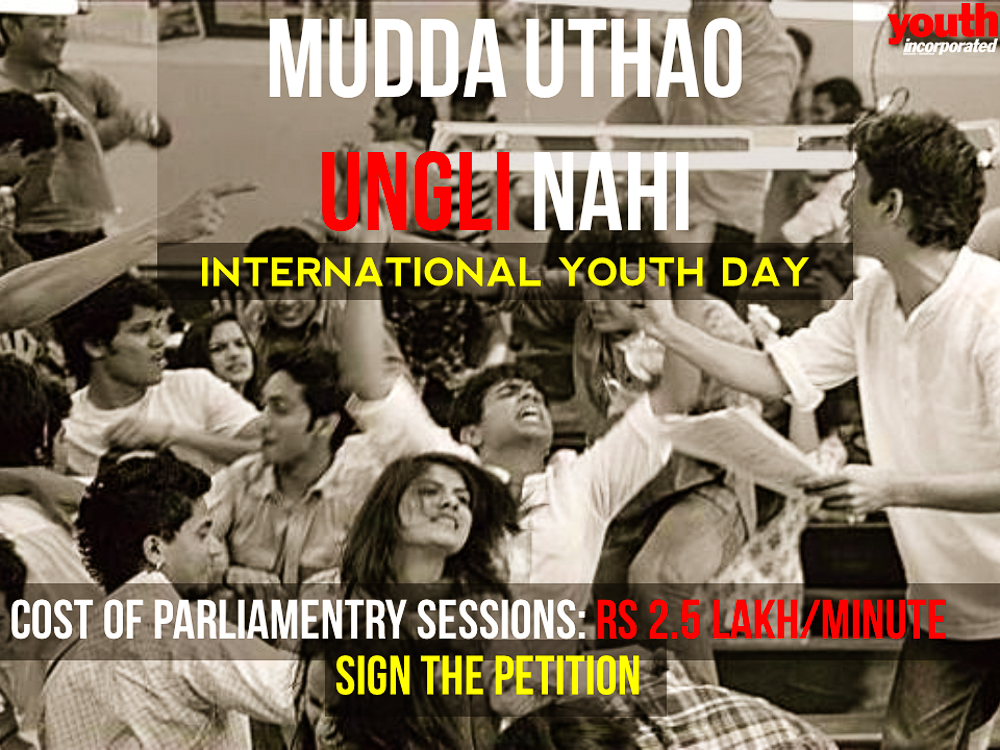 We pride ourselves over being one of the biggest democracies across the globe. But of what effect is this democracy, if it is not executed properly? One of the backbones of democracy is the parliamentary processes. It is the Parliament where the elected representatives of the people of this country sit down and discuss and debate and legislate. It is here where the will of the people of the country are represented. Any disorders in Parliament functions directly affect the growth of the country and inadvertently, its people.

Impressing upon this fact and the disheartening recent events in the Indian Parliament, a change was required. An online petition has been launched by Confederation of Indian Industry (CII), on change.org on 7 August, 2015 and has gathered 17,000 signatures already and counting. It urges all the political parties to “have a collaborative and consultative process in the Parliament and allow the Parliament to function, to debate and to legislate.”

The petition also emphasises on how “recent events have been disheartening. They have the potential of eroding popular faith in Parliament.  Perpetual disruption can never be the rule.  Street demonstrations against the Chair of the Lower House are of unprecedented scale.  The Lower house is without some opposition members. The upper house is perpetually adjourned.  The importance of uninterrupted legislative function of the Parliament can hardly be over emphasized.

The country’s top industrialists like Rahul Bajaj, Adi Godrej, Kris Gopalakrishnan and Kiran Mazumdar-Shaw, along with others have signed this petition.

Go on. Sign up on change.org and be a part of the change. Mudda Uthao, Ungli Nahi.