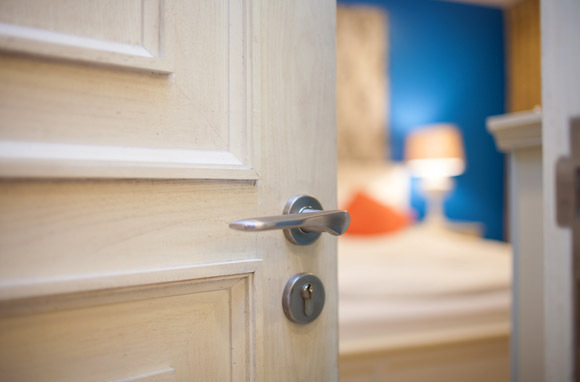 Not happy with just rounding up 40-odd couples from hotels in Madh Island and Aksa, the Malwani police even made some of them call up their parents;  they were finally allowed to go after 5 hours, Rs 1,200 fine and unlimited humiliation

The Malwani police, several of whose officers were suspended for allowing a spurious liquor racket to flourish in their jurisdiction, which led to the deaths of more than 100 people in the hooch tragedy last month, seem to have declared war on an easy target: sex.

No city for lovers: Malwani police, under the supervision of DCP Vikram Deshpande, conducted the raid around 3 pm on Thursday in several lodges and two-star hotels in the vicinity of Madh Island and Aksa

Consenting adults who had checked into various hotels in the Madh Island and Aksa area to get some privacy were shocked to find the police knocking on the doors of their rooms on Thursday. More than 40 couples were rounded up and taken to the police station, where they were insulted and some of them, especially college students, were made to call their parents.

Schooled: Some of the people who were caught in the raid. They said they were insulted and some of them, especially college students, were asked to call their parents

They were then charged with ‘indecent behaviour in public’, even though they were in private hotel rooms when they were ‘caught’, and fined Rs 1,200 before being let off nearly five hours later.

Traumatised by the incident, a 19-year-old girl told mid-day that she is contemplating committing suicide because of the stigma and because her parents aren’t talking to her anymore. Another 21-year-old girl, who had gone to a hotel with her fiancé, whom she is supposed to marry next month, says she was slapped by a female constable for daring to protest against the action.

Raid
According to officials, a team from the Malwani police, under the supervision of Deputy Commissioner (Zone XI) Vikram Deshpande, conducted the raid around 3 pm on Thursday in several lodges, resorts and two-star hotels in the vicinity of Madh Island and Aksa.

They said officials knocked on the doors of rooms and rounded up nearly 40 couples and took them to the police station. A youngster (name withheld) caught in the raid said, “The police first insulted all of us in front of all the officers and the other couples and then forced us to call our parents and insulted and disgraced us in front of them. They also made the parents feel guilty as if their children had committed some heinous crime.” He added that they were taken to the police station around 5 pm and many of them were allowed to go only by 10 pm.

Suicidal
“I am literally contemplating ending my life because of the trauma and the stigma from the raid. I haven’t been able to step out of the house and my parents have also not spoken a single word to me since this morning,” a 19-year-old girl told mid-day yesterday.

Another 21-year-old woman was slapped by a female police constable when she refused to pay the fine. “I am not a prostitute. I am an adult who was out with my fiancé, who I am supposed to marry next month, to find some privacy. I had entered my name in the hotel register with my identity proof and also handed over the relevant documents when asked by the cops. But, when I tried to tell a female constable all of this, she slapped me,” said the girl.

“Do we have freedom as citizens of India? How can you fine and demean us and intrude into our privacy. If you want to take legal action, fine the hotels or lodges if any of them allow immoral activities like prostitution to go on in their premises. Making love to the person of my choice in a private room doesn’t amount to indecent behaviour in public. You can’t just harass us because a DCP orders a raid,” she added.

Officialspeak
When contacted, DCP Vikram Deshpande asked mid-day to call the police in-charge of Malwani Police station and hung up. Senior Inspector Milind Khetale confirmed the raid and said that the couples were fined under Section 110 (Indecent behaviour in public) of the Bombay Police Act and three cases were also registered under the Prevention of Immoral Trafficking Act.