From automobiles to education, robots are finding a way to enter almost every field. Youth Inc tells you more about the Plethora of Opportunities in the field of Robotics

Did you know that 20 per cent of medical tourists in Karnataka opt for a procedure called ‘Cyberknife’, which is radiation performed with the help of robots? Or that dancing robots are being used to teach autistic children in London? Or that Toshiba has created a robot that can survive nuclear disasters and work in radiation-affected areas? In 2007, Bill Gates said in an interview that the robotics industry will take off in the same way the personal computer did 30 years ago, and his prediction seems to be accurate; robotics is the future. Very soon, these robots will be cleaning our houses, helping our doctors and if we’re lucky enough, even finishing our assignments. If you’re looking for a field that’s sure to blossom in the years to come, robotics is the answer. What will I do?

As a professional in the field of robotics, you can find employment in one or more of the different stages involved in creating a robot. You could be involved in researching, designing, programming or testing robots, improving the efficiency of existing robots, assisting companies and other users in the use of  robots, etc. Currently there are a myriad of fields where robotics is being actively used such as automobiles, health care, education, military and security, etc.  Another upcoming sector is the personal robots industry, i.e. robots used for personal use such as performing daily chores.

What do I Study? Where will I work?

There are firms that deal primarily with robots such as Kuka Robotics, Precision Automation Robotics India Limited, Centre for Artificial Intelligence and Robotics, etc. As the field of robotics is vast and diverse, so are the employment opportunities. Currently, the main user of robotics in India is the automobile industry (70 per cent). Tata Motors, Tata Leather, Reliance Industries, etc are just some of the big companies that have a dedicated department for robotics.

How much will I Earn?

As a fresher in this field, you might earn around Rs. 5 to 6 lakhs per annum. Abheek Bose says, “The earning capacity of an individual in the field of robotics heavily depends on the level of expertise as well and the industry one is in. However, since robotics is a very new and growing field which is seen as the future in new age technology, an individual with the right acumen and skills could earn substantially.” Is This the Right Field for Me?

Addressing the challenges in the field of robotics, Mr. Amit Bansal, CEO of PurpleLeap says, “As robotics is a multidisciplinary subject, it involves a person to be good at many subjects from various fields of engineering. The person needs to be a good hardware designer from electronics engineering point of view, he needs to know [the] mechanical design aspects of a robot, he has to be good at programming through which artificial intelligence can be brought inside a robot. Even if all this can be done by having people from the actual domains, knowing the interfaces between electronics, electrical, mechanical and computer engineering is always a challenge.”

A Word of Advice:

“It is important for a student to give themselves a start in the field of robotics either through a small workshop or a short term programme and get a feel of engineering,” says Mr. Amit Bansal. “It is very important that the student chooses the right programme at the initial level because if the student does not get the experience of designing something on their own from scratch, they might get disinterested in the field itself. The field of robotics is very interesting and has a lot to offer for young, enthusiastic and creative technical minds,” he adds.

Man and his Machines

In 2000, Honda unveiled ASIMO, a humanoid robot that can recognise faces and voices, walk, run and even move objects. ASIMO was built to be a helper to people and has made appearances throughout the world.

A Bangalore-based company called Robots Alive recently created ‘Andy’ – a personal robot that can easily be controlled by a smartphone.

In 1998, Professor Kevin Warwick, became ‘the world’s fir st cyborg’, by inserting a chip in his arm, which allowed him to turn on lights just by snapping his fingers!

One of the most advanced robots in the world is Ecci, the fir st robot to have muscles, tendons and bones that are made of a specially developed plastic. Ecci also has the human ability of correcting its own mistakes. 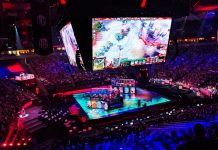 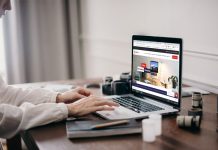 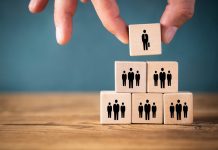