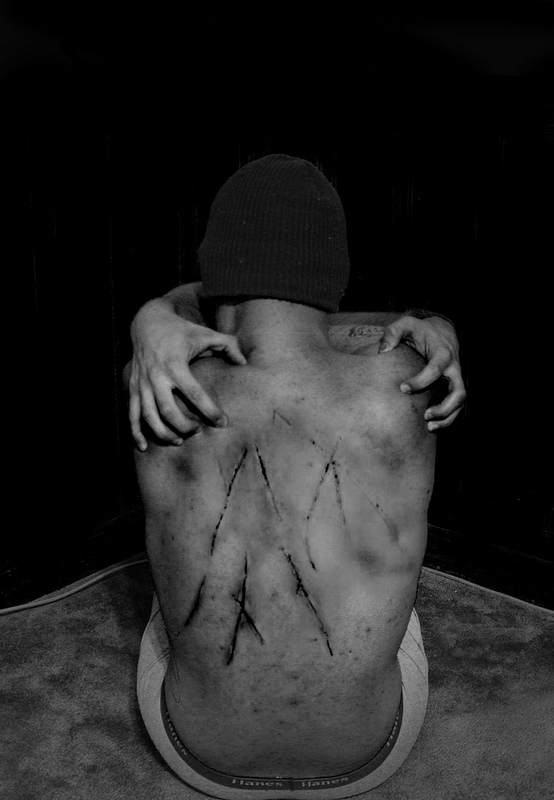 Non-Suicidal Self Injury, or self-harm is a problem that has not received the awareness it deserves. Abha Pandit breaks down the facts about the addiction and its solution

Self-harm addiction is an unusual habit, not spoken about extensively. Not as commonly seen as smoking or alcohol addictions, the effects of self-harm are often much worse. The most common form of self-harm is ‘cutting’. A sharp knife, blade or a pair of scissors are used to make cuts on the person’s skin. Apart from this, alcohol abuse, drug abuse, pill popping and unnecessary sexual encounters may also be used as a form of self-harm. Cigarette burns are also commonly seen.
“The intent of self-harm is not suicide. Most commonly seen in young girls between the ages of 16 and 21, it is often a cry for help. Self-harmers face a mounting tension, the anxiety of which they cannot cope with. Cutting gives them instant relief, and becomes sort of a feel good factor”, says Dr Arvind Panchanadikar, a renowned psychiatrist.

Understanding Self-Harm addiction
Non-Suicidal Self Injury (NSSI) was added to The Diagnostic and Statistical Manual of Mental Disorder – Fifth Edition, as its own disorder, which distinguishes it from milder forms of self-harm. This disorder occurs when a person is deliberately harming themselves in a physical way without the intent of committing suicide. Self-harm without suicidal intent can be seen on a spectrum, just like many other disorders (substance abuse, gambling addiction). Just like these other disorders, once the selfharming behaviours cross a certain threshold, it then becomes classified as a mental health disorder.
The addiction is towards the feeling of relief that the person experiences each time they self-harm. It is seen as solution for whatever problems they may be facing. Instead of actually looking for an answer, self-harm is thought of as an easy way out. Physical pain is employed to try and overlook the emotional pain the person is going through. Typically, cuts are made on wrists or thighs, although some can be seen on breasts or the abdomen, where they can be easily covered.
Usually, the addicts attempt to hide their cuts and scars from the people around them. Since they are usually on their wrists, they wear full sleeved clothes to try to cover them. They only show the cuts to the people closest to them, whose opinion matters to them. Cutters are usually unwilling to show their scars to a therapist or a psychiatrist when taken to for getting help.
For some, it becomes a means to seek attention or even sympathy. Because of their self-harming tendencies, people tend to walk on egg shells when around them. Any slightest trauma can drive them to hurt themselves. When the addicts realise this, they use it to their advantage by harming or threatening to harm themselves to get what they want. Even when they are not facing any real issues, they attempt to gain attention, sympathy or manipulate others. Self-harm is also used by addicts to show other people how much they have hurt them, and thus it becomes a vicious cycle. In serious self-harmers, the stakes are upped with each cut or burn, since it takes more for them to feel the eventual relief.

Signs of self-harm
It is not easy to identify a self-harmer as they do not confide in many people about their injuries. If you suspect a friend or relative is self-harming, there are certain symptoms to look out for:
• unexplained cuts, bruises or cigarette burns, usually on their wrists, arms, thighs and chest
• keeping themselves fully covered at all times, even in hot weather
• signs of depression, such as low mood, tearfulness or a lack of motivation or interest in anything
• becoming very withdrawn and not speaking to others
• changes in eating habits or being secretive about eating, and any unusual weight loss or weight gain
• signs of low self-esteem, such as blaming themselves for problems or thinking they are not good enough
• signs they have been pulling out their hair
• signs of misuse of alcohol or drugs

Recovery
It is important for self-harmers to seek immediate help, lest the injuries become more serious. Therapists and psychiatrists are the best people to help them out of their addiction. Addicts are almost never willing to get help by themselves, and thus it becomes the responsibility of those around them to assist them. It is important not to react in anger or horror when the person has confided in you, since this may lead them to clamp up even further and completely refuse help.
“When parents or friends bring the addict for therapy, they have seen only one or two scars on their bodies. In most cases, there are many more which have been carefully hidden for fear of getting caught, which we realise only after some sessions”, says Dr Panchanadikar.
It is not unusual for self-harmers to display their scars like trophies during therapy. In these cases, the physical injuries are downplayed and they are encouraged to talk about their emotional scars.
With regular therapy and counselling, the tendency to self-harm is generally cured. However, the physical and the psychological scars may linger on for longer.