Synthetic identity fraud (SIF) is a relatively recent kind of identity theft in which thieves blend actual personal data with false data to create a completely new identity that is nearly difficult to track.

Unlike classic identity fraud, which begins with the theft and exploitation of a person’s actual identity, SIF begins with only a chunk of genuine personal data. This data usually is inclusive of a social security number tracing. This enables hackers to get access to auto loans, bank information, and passcodes via the creation of a fake identity using the stolen information. The fraudsters usually take advantage of the attained material to dodge governmental institutions, get access to a person’s payments and taxes while intercepting tax returns.

According to analysts at Harvard, SIF has expanded considerably in the previous five years, causing financial industry losses in the hundreds of millions of euros. Social Security Numbers, the primary identifier in the credit reporting system, are an important part of synthetic identities. Synthetic Fraud raises several concerns, including the harm it presents to the financial system, government programs, and national security.

This type of fraud varies from unconventional to conventional crime methods, in which the email IDs or date of birth are used to create a fake identity. As this crime involves a longer gestation period, in which attained information is mixed with false one in such a tactful manner that the criminal seems more of a clean client. In recent years, the harm done to financial institutions has raised significantly covering the dark side of the web.

According to some research, synthetic identity theft is a rapidly growing kind of theft that has created havoc in the financial industry. The devastating impact of this fraud has manipulated the thinkers to find ways to combat repugnant crime. Synthetic fraud has recently spurred a loss of $6bn to the banking institutions.

What’s of serious concern is that the fake and real identities are merged in such a manner that the fraudster appears to be a nascent borrower. Thus no historical evidence can be viewed or monitored, leaving it a difficult to trace kind of act. The information that a bank usually caters to when dealing with a new customer is so basic and less interrogative that the true criminals are impossible to sort out.

Interestingly, the people who are more at risk due to such crimes include aged persons who are less aware of technological advancements and are vulnerable to any unfortunate events. Furthermore, children are an easy target for such fraudsters. Fraudsters are aware that youngsters and young adults are less likely to monitor their credit reports. These are ideal circumstances for criminals to create credit accounts in the name of a minor. Often, this goes unnoticed until the victim of identity theft tries to take out credit at some point in the future.

According to an investigation by California Security Protection, there are multiple ways by which you can secure your identity and not become a victim of this crime. For example, not carrying your Social security number along in your wallet whenever you go out, avoiding the provision of your email ID, authentication keys are a few. Another essential factor to avoid mishandling of information is to dump any past history or data mentioned on papers by tearing or burning them. Usually, the data can be seen and tracked down by those papers with the victim not knowing that he has been victimized. Keeping your gadgets free of viruses and other bugs can help cater to mishaps; this can be done by installing antiviruses like Firewall.

Another way to prevent SIF is to avoid unnecessary clicks on ads or other tabs that open up while using a website; these sites usually mislead to an unsafe environment and provide the key to dark web activities. Keeping a check on your bank transactions and any unauthorized logins is a vital way of combating the chances of SIF.

Inquiring the reason behind excessive questions that are asked by any institution or any layman on the counters of random places is one wicked way of securing yourself. Any unusual interrogation is usually a signal of mishaps.

The tons of information that is uploaded on social media can be devastating to an individual’s future, thus a more appropriate approach is to minimize what info you give away. One report suggests that avoidance of Wi-Fi at public places like shopping malls is yet another way of minimizing the effects of cyber insecurity. Usage of VPNs is a must to encrypt your data so that hackers cannot access information via public WI-FIs.

A more trustworthy mechanism between financial institutions and the government can lead to more transparent data handling. A well-sought policy at hand can incur the costs borne by the losses made in the path of identity theft and cyber mismanagement.

Synthetic identity fraud is a complicated issue that is becoming more prevalent by the day; addressing it requires effective tactics that look at the underlying issue of identity validity as well as the typical results. Enterprises can sustain performance better whenever synthetic fraudsters alter their technique by establishing a holistic defense capable of tackling the full issue.

The need of the hour is to avoid any excessive info-provision to any officials and carefully understanding the manuals and roadmaps to creating accounts in the financial markets. Know-how about your essential data and where it is being used is a primary key to overcome the hustle of long-term incidents like information theft. 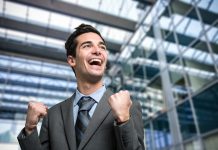 Working In Tech? These Tips Will Help You Succeed 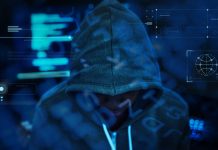 Pegasus Putting Persons Of Importance In India Under The Radar 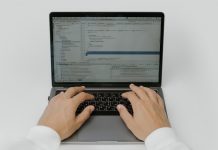 How To Recover Deleted Files On Mac With A Software