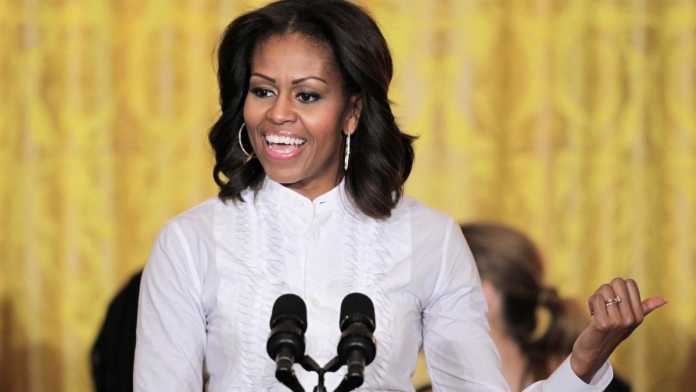 On the occasion of Mother’s Day, we celebrate renowned Mothers who changed the game in their respective fields and paved way for the betterment of the generations to come –

Savitribai Phule was married at the age of nine to Jotirao Phule. After moving to Pune, he taught her how to read and write, and despite having no formal education herself, she changed the face of education in India for generations to come. She took up training at Ms. Farar’s Institution at Ahmednagar and in Ms. Mitchell’s school in Pune, and went on to be the first Indian woman to become a teacher. She then opened up the first school for girls in India in 1848.

The former First Lady of the Unites States needs no introduction. A supporter of numerous charities, Michelle has always been vocal about the causes she supports, and alone with her husband, has worked tirelessly towards achieving the betterment of America. She strongly advocates health and the importance of educating girls all over the world. In 2016, it was revealed that her girl education charity ‘Let Girls Learn’ raised more than $3.5 billion in the first year alone.

Queen Victoria is well known for redefining the British monarchy, and even had an assassination attempt on her. Victoria, with the assistance of her husband Albert, created a newly visible constitutional monarchy to stem a growing republican movement in Britain. According to BBC Victoria became patron to 150 institutions, including dozens of charities, while Albert supported the development of educational museums. The couple went on civic visits to industrial towns such as Leeds, and attended military reviews to support the armed forces. Together they helped stem criticism that the Royal Family didn’t earn its keep.

Naidu was the first Indian woman to become the president of the Indian National Congress, a major political party in India even till today. Additionally, she was one of the few women apart of the Satyagraha movement, and participated in the Round Table Conference with Mahatma Gandhi and Madan Mohan Malaviya. She even has several institutions named after her like the Sarojini Naidu College for Women, Sarojini Naidu Medical College, Sarojini Devi Eye Hospital and Sarojini Naidu School of Arts and Communication, University of Hyderabad.

The only female Prime Minister of India, Indira Gandhi is the daughter of Jawaharlal Nehru and was mother to Rajiv and Sanjay Gandhi. Gandhi left a powerful but controversial legacy on Indian politics during her rule, the most notable one being destroying internal party democracy in the Congress party. Her biggest achievement came in December 1971 with India’s decisive victory over Pakistan in the liberation war, that led to the formation of Bangladesh. She was hailed as Goddess Durga by opposition leader Atal Bihari Vajpayee at that time. In the elections held for State assemblies across India in March 1972, the Congress swept to power in most states, and their winning spree was touted as a result of the “Indira wave”.

In 1526, a married Henry VIII wanted Anne to become his mistress, an which she promptly rejected. Her veto gave way to a chain of events that altered the course of England’s history. When the Pope wouldn’t annul Henry’s marriage, England broke away from the Catholic Church and Henry dissolved the marriage himself. Henry then secretly married an already pregnant Anne in 1533, and Elizabeth I was proclaimed a princess when she was born. Thus, it was possible for Elizabeth to later become Queen.

Yoga And Meditation: A Remedy For Weight Loss?