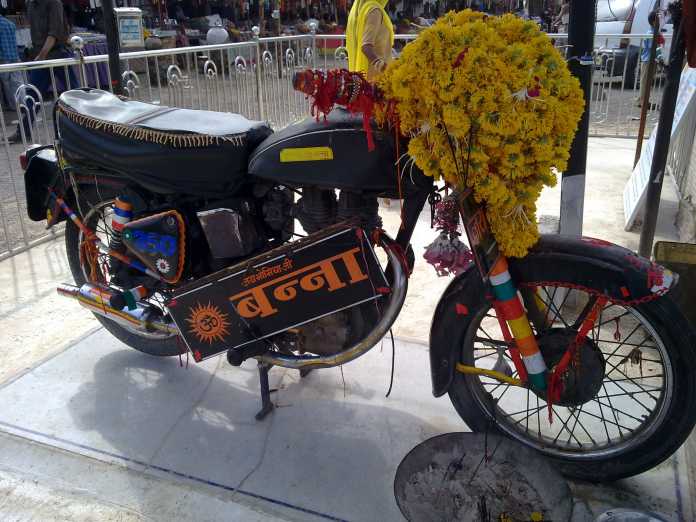 India – the land of 64 crore Gods and Godesses – is considered one of the most religious countries in the world. Here you can find temples and shrines at almost every corner of the country. While most of us are familiar with the practice of worshipping Lord Shiva and Vishnu, what we don’t know is that religious beliefs of Indians go beyond that. Here is a list of unusual temples in India. We don’t know about the parliament but Sonia Gandhi – the former president of the Indian National Congress party – has secured her seat in one of the temples in the state of Telengana, simply because she helped with the formation of the state.

Apart from Sonia Gandhi, there is also a statue of Rajive Gandhi and Indira Gandhi. It would not be wrong to say that this temple is dedicated to the Gandhi family. Situated in the woods of Manali, what makes this temple unusual is that there is no Idol but a stone, which has a footprint of Hidimba Devi.

As per the mythology, Hidimba is the wife of Bhima. On his return from the exile, Hidimba did not accompany him, Instead, she meditated in the woods to attain the status of ‘Devi’. In the Holy land of Varanasi, Kal Bhairav Nath is the reincarnation of Lord Shiva. What makes it unusual is that devotees offer alcohol in form of ‘Prasad’. Unlike any other shop outside the temple that sell flowers, the shops outside this temple sell alcohol with the government permit. We all are well aware of how wonderful dogs are. Their quality of being loyal, faithful and unconditional love makes them stand apart from most of the creatures. To honour these qualities in the dog, a community in Karnataka has a built a temple where the dog is a deity. It is believed that worshipping would transmit the dog qualities to human, thus making them better humankind. There is an interesting story behind the ‘Bullet’ being worshipped. In 1988, Om Singh, while riding the bullet, met with an accident and died instantly. Authorities then took the bullet to the local police station for the investigation. Next morning the bike went missing from the station and found at the accident spot. Even after police locked the bike, it was found at the same accident spot. Upon seeing this, the locals built the temple around it. This gurudwara in Jalandhar is known to fulfil the ‘wanderlust’ desire of the devotees. Here devotees offer miniature airplanes and pray for the fulfilment of their desire to travel abroad. It is a Balaji Temple, located in the Chilkur village of Hyderabad. The devotees who are heading for their Visa interview visit the temple.

It is said that in the 80s, a bunch of students from Chennai were facing issues for attaining US Visa, they offered their prayers there, which got answered, and ever since then, the place been christened ‘visa temple’.