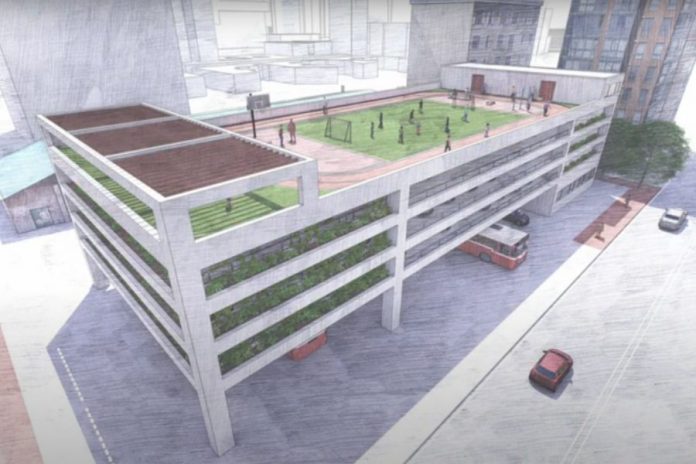 Mumbai is one of the top 10 most populated cities in the world with its population count standing at 20,667,656. As compared to the size of its population, the landmass to occupy the whole population is undoubtedly insufficient. This makes it pretty obvious that the city is loaded with residential spaces, big and small. In order to make living spaces for people, most playing grounds have been converted into residential complexes.

Children these days, are seen playing outdoor games in parking spaces, terraces, at home, and worse, on mobile phones. There are almost no playing grounds left for children to play games, an activity that is extremely essential for both their physical as well as mental development. The ones remaining are either rented out for occasions like weddings and cannot be used during monsoons. Empty roads too cannot be used to play, since most of their space is eaten up by the parked cars. Such similar issues are faced with gardens and parks as well. The adults too are left with very few spaces for exercising and walking.

Amidst this, a 16-year-old student has come up with a solution that is undoubtedly a win-win for all. Abhibhav Dujodwala has launched a petition to use all spots above Mumbai BEST’s bus depots as sports grounds. The petition was launched on 18th June and has received a positive response from many. As informed by Dujodwala, with a limited space like Mumbai, the BEST29 bus depots cover over 8,54,695 sqm of space. Utilizing this space for recreational purposes can be a game-changer. The 16-year-old explained that since BEST is running into losses as it is, these paces above the depots can be rented for setting up grounds and thus earn additional revenue.

Abhibhav has informed in his petition on change.org that these 29 bus depot spaces from Colaba to Vashi is equivalent to 800-900 cricket nets or 17 international size football fields. Taking up this project is only going to benefit everyone, in terms of development as well as finance. He has also shared the blueprint of this entire project in a video for people to better understand the idea.

Abhibhav himself is a footballer who too, feels the pangs of having no proper space to play sports. Many like him share similar thoughts and have thus signed the petition. Till now, a total of 2,601 people have signed the petition. I have too! If you believe in this vision and support the cause, don’t waste any more time and sign the petition here.

Let’s help amplify this cause as much as possible.