1. Class 10, 12 results of UP declared; laptop and Rs 1L prize offered for toppers

The UP board UPMSP on Saturday announced the results for Class 10 and Class 12 examinations. UP Deputy Chief Minister Dinesh Dinesh Sharma said, “On the instructions of Chief Minister Yogi Adityanath, toppers will be awarded Rs 1 lakh cash, a laptop and we will build roads to their houses.” “I congratulate all the children who passed in exams,” UP Chief Minister Adityanath Yogi said. Students can check their results on the official websites – upresults.nic.in, upmspresults.up.nic.in and results.nic.in. About 56.11 lakh students appeared for the class 10 and 12 exams in 2020, with 30.24 lakh students belonging in High School and 25.86 lakh students studying at the Intermediate level. Students can collect their mark sheets 10 days after the date of the result declaration.

The West Bengal Council of Higher Secondary Education (WBCHSE) has decided to cancel the pending Class 12 exams that were scheduled to be conducted on July 2, 6, and 8, 2020 amid COVID-19 concerns, the state Education Minister, Partha Chatterjee said. WBCHSE is aiming to declare the results of the Class 12 exams by the end of July, the official notification said. The board will soon announce how it plans on evaluating the remaining papers.

On Friday, about 250 Indian nationals stranded in Pakistan due to the coronavirus lockdown returned to their home country through the Wagah Border. These stranded Indian nationals had traveled to Pakistan to meet their relatives and perform religious rites after which the lockdown was imposed across the nation. The majority of them had to stay back in Sindh and Punjab province. The last batch of more 250 stranded Indians returned back today as well.

AstraZeneca, a potential vaccine for coronavirus that is being created by the researchers at the University of Oxford, has now gone for large-scale, mid-stage human trials. World Health Organization’s (WHO) chief scientist Soumya Swaminathan said on Friday confirmed that AstraZeneca’s experimental COVID-19 vaccine is probably the world’s leading candidate and most advanced in terms of development.”So it’s possible they will have results quite early,” she added. Moderna’s COVID-19 vaccine candidate was “not far behind” AstraZeneca’s, Swaminathan further said.

5. Zuckerberg faces loss of $7 billion in a day as companies boycott Facebook ads

Mark Zuckerberg, Facebook CEO lost $7.2 billion on Friday after companies pulled out advertisements from Facebook and Instagram citing concerns over the spread of hate speech on their platforms. Shares of Facebook slipped down by 8.3%, pushing Zuckerberg’s net worth down to $82.3 billion, as reported by Bloomberg. Mark Zuckerberg also moved down one notch to fourth place in the Bloomberg Billionaires Index.

As per a study published in Science Advances, the most common species of Antarctic penguins known as Adélie penguins, are “happier” with reduced sea ice conditions. Researchers studied that in ice-free conditions, penguins travel more easily by swimming, rather than walking great lengths to find cracks in the ice. When there’s less ice, penguins can dive anywhere and hunt more, making surviving easier for them.

7. US imposes restrictions on visas for China officials over Hong Kong’s security law

US Secretary of State Mike Pompeo has said that the United States will be imposing visa restrictions on the officials belonging to the Chinese Communist Party responsible for “undermining Hong Kong’s autonomy and human rights”. This decision comes ahead of the Chinese parliament’s meeting on the national security legislation for Hong Kong. In response to this, China has urged the US to “withdraw the decisions and stop interfering” in its domestic matters.

Swarms of locusts have returned now attacking several areas of Haryana’s Gurugram. Residents of Gurugram are advised by the administration to keep their doors and windows of their homes closed and asked them to keep utensils handy to drive away from the locusts by making a loud noise. The Centre has asked the state authorities to use aerial spray using drones and helicopters.  Twitter users shared pictures and videos from their homes showing the locusts.

Seven soldiers in Colombia have pleaded guilty to the gangrape of a 13-year-old indigenous girl belonging to the Emberá tribe. For committing the crime, the soldiers are most likely to receive a sentence of between 16 and 30 years in prison, said, Colombia’s Attorney General Francisco Barbosa. The Emberá community had previously requested that the perpetrators be tried under indigenous law.

Carlyle Group, a US-based private equity firm has agreed to buy a 20% stake in pharma giant, Piramal Enterprises for about $490 million (around Rs 3,700 crore). The deal values Piramal Pharma at an enterprise value of nearly $2.8 billion. In January this year, the Ajay Piramal, chairman of the Piramal group sold its healthcare analytics unit Decision Resources Group for $950 million to US-based Clarivate Analytics. 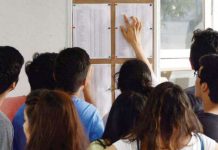 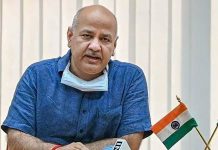 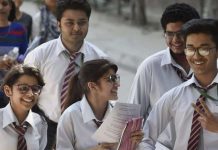 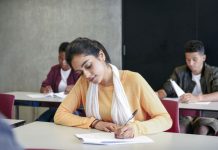 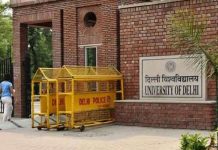 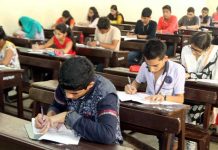