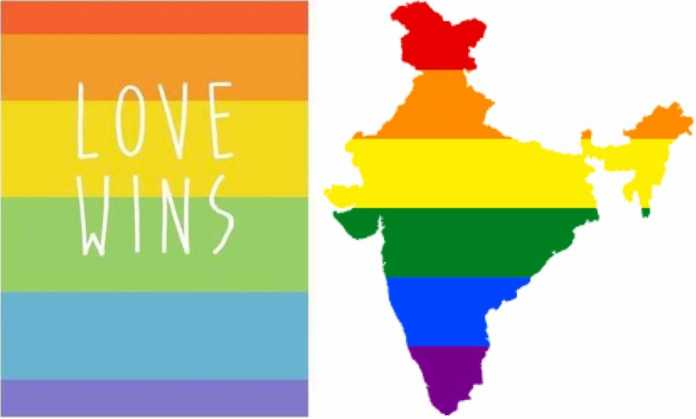 India finally won a hard battle with homosexuality, as the Supreme Court abolished Section 377, a controversial law which criminalises gay sex in India. The judgment was delivered by a bench of five judges – Chief Justice of India Dipak Misra, and Justices Rohinton Nariman, AM Khanwilkar, DY Chandrachud, and Indu Malhotra.

Heading the bench hearing the case, Chief Justice Dipak Misra said, “ LGBT Community has same rights as of any ordinary citizen. Respect for each others’ rights, and others are supreme humanity. Criminalising gay sex is irrational and indefensible.” He added, “No one can escape from their individualism. Society is now better for individualism. In the present case, our deliberations will be on various spectrums.”

However, the verdict only applies to consensual sexual acts – non-consensual sex, and unnatural sex with any animal or children is a crime. A crowd of gay activists and supporters from various backgrounds gathered outside the court eagerly awaiting the verdict.

After the Supreme Court began hearing petitions to abolish the law, it sparked a nationwide debate over the right to privacy and freedom. “Sexual orientation is a natural phenomenon. Any discrimination on this basis is violative of the Constitution. Any individual has sovereignty over his/her body… Many sections continue to suffer exclusions due to stereotypes… We can’t call ourselves a developed society unless they are freed from these shackles. LGBTQ community is no different they possess the same rights as others. Sustenance of one’s identity is a filament of life, someone’s sexuality cannot be criminalised in a free society,” said the judgement.

Section 377 of the Indian Penal Code was introduced in 1861 when the British Ruled over India, and criminalised sexual activities ‘against the order of nature’. In 2009, the Delhi High Court read down the section, and in 2013 the Supreme Court overturned the judgement, saying that the matter should be left to the Parliament and not the judiciary. In 2016 a curative petition was heard by the SC, and in August 2017, the SC had upheld the Right to Privacy as a fundamental right under the Constitution, and called for equality and condemned discrimination, stating that “the protection of sexual orientation lies at the core of the fundamental rights”.

On 10 July 2018, a five-judge bench of the SC began hearing of pleas challenging the constitutionality of section 377. And today, in a welcoming and progressive change, India has opened its arms to homosexuality by decriminalising the law.