Rape. Molestation. Physical Abuse. Oppression. Every woman has gone through at least one of these, primarily because over the years society has normalized it. Suppression of women has had its place in the world since the beginning of time, and to a large extent impacts women today as well. Take Indian women, for instance. The veil that covers their heads right up till their upper neck, is in fact symbolic of her place in this world – hidden, and anonymous. Therefore, uplifting women is the aim that society must strive for, by giving her a voice, an identity that makes her unique.

“For most of history, anonymous was a woman.” This prominent quote by Virginia Wolf effectively encapsulates the status of women in society for decades. In a male dominant society, it is almost impossible for women to have their own rights, a voice of their own, and it has been like this in the myriad stories told through history. From the Women Suffrage Movement in the United States of America (protest to allow women to vote) to the constant belittling of women in all spheres till this date in numerous countries all over the world, has led women to revolt and bring about a revolution.

#SAYHER1019, a painting by Kilmany-Jo Liversage exemplifies the solidarity for 15 days of activism against gender-based violence and gives a ‘voice to voiceless’, a ‘name to the unnamed’. The identity of women is often lost in a world where male dominance is normalized. #SAYHER1019 is an important renegading message, that must be echoed by all men and women. It is a plea for reformation of society, to give women equal status as men, if not greater. The photo itself is a powerful depiction of the face of a woman with vibrant colours sending across an alarming call. The woman’s face is blue and has scratches and rough lines with different colours, it almost looks distorted and destroyed, a prominent symbol of gender violence. The state of women who endure the pain, the suffering, just so that men can be content and dominate society. The colour blue gives a unique significance to the face as the colour is often correlated to sadness and misery and is the colour used for a bruised face. The text ‘SAY HER’ is spread all over the painting including the girl’s face in several fonts and colours, which signifies the urgency of the message, the need to recall a woman’s name, her identity and its significance in this world by giving her a right to vote, right to education, and JUSTICE when she has been mistreated. The contrast between the vibrant and vivid colours of the text and the girl’s face which is almost hidden in the scratches refers to the constantly hidden identity of women.

What is appalling is that rape, molestation, physical abuse, torture and all forms of violence against women subjected by men, are often blamed on the women. It is because women wear clothes that are ‘too short’ or ‘too revealing’ to attract men and hence are forced to stay at home at night, prohibiting them from leaving the house. Well, does anyone tell the men that they need to stay at home or that they are wrong?

Gender violence has reached a level where every girl, including myself, fears stepping out of the house late at night. Every girl feels unsafe in her vicinity and is constantly asked to be cautious. No one asks the men to do so. No one. That is the problem with society and its horrific thinking. The #METOO movement was with respect to this as well. It was an important trademark in the evolution of women across the world as warriors that fight for social change. It appealed for a stop to all the malpractices against women and girls whether it was from their husbands or random strangers. Numerous protests and activists continue to empower women globally. Therefore, it is necessary to give a voice to women who constantly experience violence on a daily basis. Women are entitled to basic rights as much as men are and cannot be compromised of it. They too have dreams, aspirations and a life they want to build for themselves.

According to the United Nations, globally, an estimated 736 million women (nearly one-third) have experienced intimate partner violence, unpartnered sexual violence, or both in their lifetime (30% of 15-year-old women or older). Violence has a disproportionate impact on women living in low-income and low- and middle-income countries. Various forms of violence, even long after the violence is over, will have a life-long impact on women’s health and well-being.

Women must have a say in this world too and depriving them of their basic fundamental rights is unacceptable. Women have come a long way in their fight for justice, freedom and equality and must continue to do so. Therefore let the voice of a woman resonate in the hearts, minds and speeches of everyone.

Let her keep her identity. #SAYHER. 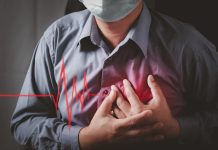 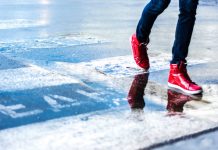 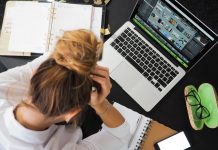 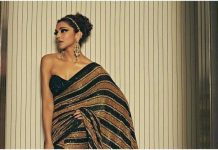 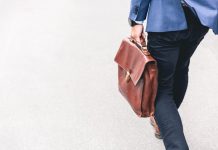 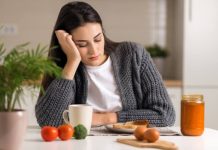