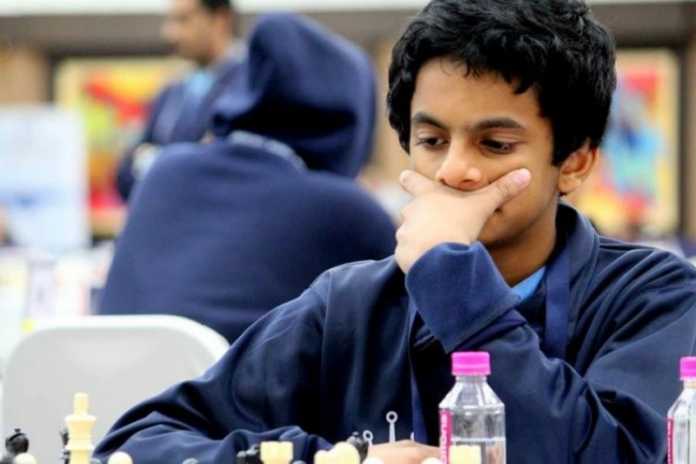 14-year-old Nihal Sarin from Kerala was bestowed with the title of India’s 53rd Chess Grandmaster, despite losing his final round at the Abu Dhabi Masters, to Hungary’s Richard Rapport. He is the third grandmaster from Kerala after SL Narayan and GN Gopal.

Nihal secured a total of 5.5 points in nine matches, and only required a draw in the 8th round to clinch the coveted title. In the 8th round, he drew against Uzbekistan’s Temur Kuybokarov and secured the third GM norm.

Russia’s Daniil Dubov won one of the strongest Asian open with an astounding score of 7.5 points out of a possible nine. Anton Korobov of Ukraine and A R Salem Saleh of UAE matched Dubov on points but he was ahead as the tie was resolved. Aravindh Chithambaram lost to Salem Saleh in a keenly contested Sicilian game in the final round, and despite his loss, the 88-member Indian contingent took home four Grandmaster norms and three International Master norms.

Nihal, who was born in Thissur, Kerala, mastered the game at just five years old, and started playing in competitions at the age of seven. He first came into the spotlight in 2013 when he won the under-10 World Youth Biz Chess Championships in the United Arab Emirates.

The following year, he clinched gold at the World Youth Chess tournament in Durban and the Asian Youth Rapid and Blitz events at Tashkent in Uzbekistan. He won silver in the Under-12 championship in Porto Carras, Greece in 2015, and in February 2016, Nihal played his first International Open outside India where he registered his first international master norm at the Cappelle la Grande Open by defeating a grandmaster.

Chennai’s R Praggnanandhaa secured the title of grandmaster in June, and went on to become India’s 52nd grandmaster. His win also made him the world’s second-youngest grandmaster. And earlier this week, his sister Vaishali became the latest female grandmaster in India, with her third and final WGM norm at the 8th Riga Technical University (RTU) Open chess tournament.