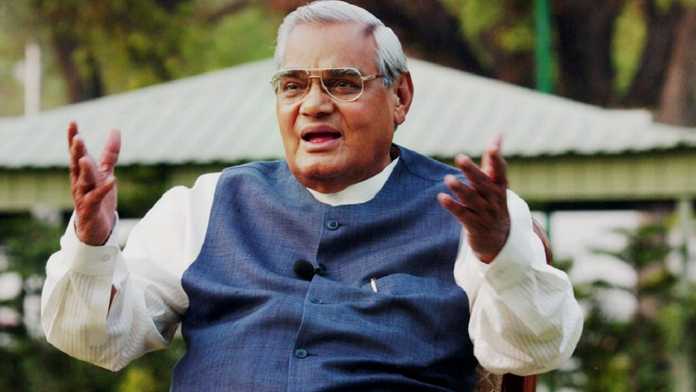 Atal Bihari Vajpayee was one of India’s purest leaders. He was not only loved by Indians but he was loved by people across the world. Atal Ji had witnessed many political ups and downs in his career. He was elected as a full term prime minister in 1999-2004, was one of those few people who held the potential to amaze people make them happy and sad just by delivering his one speech. With Atal Bihari Vajpayee no longer with us, it is certainly the end of an era in Indian Politics, and in India as a nation.

Vajpayee was among the founding members of the erstwhile Bharatiya Jana Sangh, which he also headed from 1968 to 1972. After the government led by Morarji Desai collapsed, Vajpayee restructured the party to form Bharatiya Janata Party in 1980. He was also the first ever Indian Prime Minister to not belong to the Indian National Congress and to complete a full term of 5 years.

MP’s, world leaders and media personnel who had an opportunity to communicate with Atal Bihari Vajpayee always spoke highly of him. “I am at loss of words, I have lost a friend and the country has lost a gem” LK Advani was quoted saying. “It was Atal Ji’s exemplary leadership that set the foundations for a strong, prosperous and inclusive India in the 21st century. His futuristic policies across various sectors touched the lives of each and every citizen of India.”- Prime Minister Narendra Modi had tweeted, paying him a tribute.

A politician, a proud Hindu and a humble poet is how every Indian has perceived Atal Ji, and how the future generation of the nation to come will know of him. While serving as the nation’s Prime Minister, he was widely respected by the opposition and even today, all the political parties of the country hold the leader in high esteem. In the year 2015, he was also awarded with the country’s highest honour- Bharat Ratna.

Pokhran 2 and initiation of peace talks with Pakistan were considered as two of the bravest decisions taken by the Prime Minister during his tenure as the country’s PM. When we look back at the Pokhran test of 1998, it was a tough time for Vajpayee with a heavy political pressure within the country and USA threatening to impose sanctions on India, yet, he still went ahead with his dream of making India a nuclear power. We will forever remember his contributions to the country and his ideologies will forever be within us in the form of his beautiful poems.