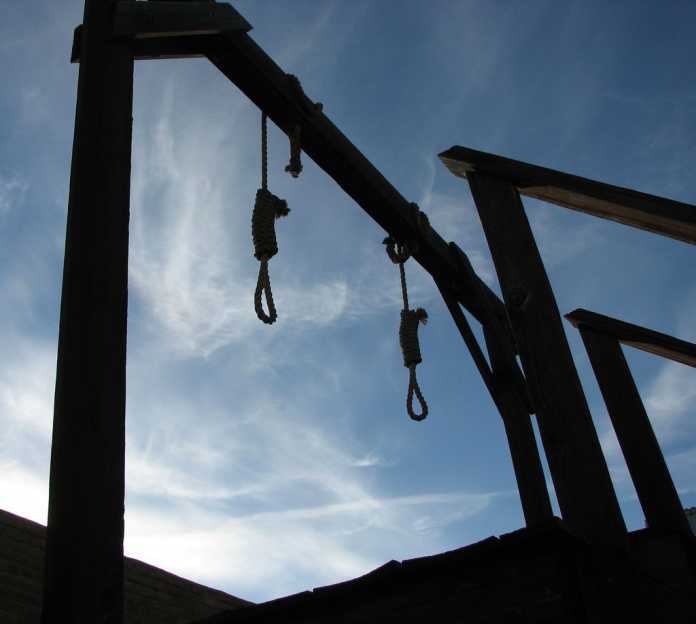 The country is appalled, fuming, as the recent ghastly events unfolded, and vexed people across the country, including famous personalities. Numerous walks, protests and social media posts in favour of the victims were shared. Children too were not spared from this beastly act. From 16-year-olds to 8-month-olds, none were shown mercy. People have been demanding death penalty for rapists, and the government finally passed the law to give the death penalty to ones who rape children below 12 years. Many of us pondered over this reform…Will death penalty help curb rape?

India ranks 4th worldwide for the amount of rape happening in the country, behind USA, South Africa and Sweden. However, the majority of rape cases are not reported to officials. Why? It is fear. Rape is a taboo in our society, and conservatives think of rape victims as a disgrace to their community. This causes them to lose their dignity, jobs and some are even disowned by their families. These repercussions are the primary reason why rape is not reported, which leads to many women bearing the guilt and continuing with life. The men who involve themselves in such heinous crimes walk away scot-free. Although it is behind USA, South Africa and Sweden in rape cases, India ranks first in the number of unreported rape cases.

Europe is strongly against the death penalty, and the EU (European Union) is working towards abolishing capital punishment. Apart from Belarus, neither of European countries follow the practice. On an average, European countries carry around 15-17 years imprisonment. Norway carries 4-15 years, while Russia has 3 to 20 years. USA and India carry life imprisonment if found guilty. Egypt and Iran hang the aggressors as a punishment. Other countries use more brutal methods. Afghanistan instructs its military to shoot the rapist and North Korea too, fires upon them by gathering them together. Saudi Arabia beheads the accused.

India is called the Rape Capital of the world, and the primary reason behind the astounding number of rapes is the mindset of people. Somehow, they find a way to blame the victim for “asking for it”. Politicians add fuel to this fire by making lewd comments, like blaming certain clothing worn by girls, or blaming the victim for travelling alone at night. A majority of women depend on their spouses for their livelihood, thus they cannot risk leaving the home or going against their husband, thus they have to accept being ill treated or face domestic violence. Moreover, most women do not have support, and neither the force nor the law listens to their story. The judicial system is slow and faulted, with not enough judges, thus court cases take time.

The sad truth observed is that people in power are repeated perpetrators of rape, because they know that they can deceive the judicial system, and they will not be penalized for their crimes. Politicians, self-declared Godmen, and powerful businessmen have been accused of assaults, but most of them weren’t arrested. This encourages them to go further, knowing they will not have to face consequences.

To prevent rape, we must set harsher punishments, and more importantly, they must be implemented. This will instill fear in their minds, and they will (hopefully) think twice before executing these criminal activities.

The law for the death penalty has faced opposition from both expert analysts, and the kin of rape victims. They claim that the trial is very long and tedious, and the victims have to go through a great ordeal and recall these horrendous moments. It often puts a mental and emotional strain on them. Moreover, if the case is against a politically powerful person, it puts the victim and his/her family in danger.

One scenario is that the death penalty might just inhibit reporting of the crime, when the rapist is a close relative or otherwise well known to the family of the victim, as is the case in 94% of reported rape cases. The obverse is that it all the more likely that the rapist would kill the victim after the crime—the penalty cannot go up and the chance of being identified as the perpetrator comes down, according to a report by ET.

However, some argue death penalty is the right way. Most of the rape accused have powerful backgrounds and great support bases. Thus, they are always able to get bail, or in most cases, even avoid the punishment altogether. With no means of making them suffer, as they are always able to find a way out, we have to resort to the death penalty as there is no other alternative, even though their death will be quick with no suffering involved.

BJP leader Kirron Kher has spoken up in support of the death penalty by saying, “Our daughters are doing very well in the country and worldwide. This is really sad that these incidents are not just happening in Haryana, it is happening everywhere and if its punishment is hanging until death than it a very appropriate punishment”

Preventing rape is not only the government’s duty, but ours as citizens too. We need to work together in solving this problem, and until then, sadly, none of our women or children are safe!