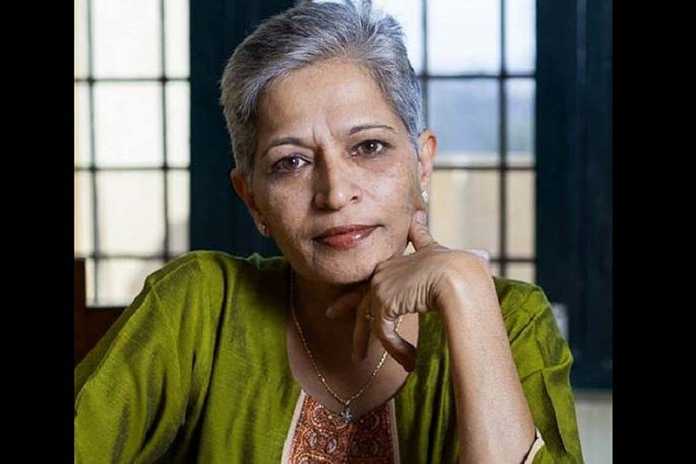 On World Freedom Press Day, we take a look at to these bravehearts who lost their life practicing their freedom of speech

Senior editor Lankesh was shot by 3 assassins in Bengaluru for voicing out and standing up for the violence against minorities by Hindu right winged groups. She was very vocal in her criticism against these groups, and even faced defamation suits, and was even arrested after failing to appear before the court. Lankesh was shot at her house in Rajarajeshwari Nagar, Bengaluru while she was unlocking the main door of her house after returning from her office. Her murder sparked protests all over India over failure to protect the rights and freedom of the press.

During the road blockade by Indigenous People’s Front of Tripura (IPFT), which had turned violent and uncontrollable, Bhowmik was beaten to death by angry protestors at Mandwai. A huge rally of tribals was held in Agartala, organised by the Ganamukti Parishad and addressed by Tripura CM Manik Sarkar along with tribal leaders. Vehicles carrying the participants were attacked by small groups of the IPFT, and 118 were injured, which Bhowmik had reported on. The following day, he and his cameraman got footage of the continuing attacks on the Communist Party of India (Marxist) and offices in Jirania. He then left the area, but went back hearing of more violence by the IPFT. His killers knew of him and they were aware of his reports exposing their violence. He was then abducted, attacked, and the body was later found, bloodied and bruised. Following his murder, four IPFT men have been arrested.

35-year-old Singh was shot near his house in Bihar by men on a motorcycle, for exposing local stone mafia’s racket, which had brought him several threats as well. The Dainik Bhaskar reporter, was shot at close range when he stopped at a roadside tea stall during his daily morning walk near his house. At that time, Singh’s murder became the second murder of a journalist in the past six months, in the state.

Misra was shot dead in UP for writing about illegal business-mining affair. He refused bribes and threats and was determined on exposing the criminal activities, following which the Mafia hit-men went after him. He was shot at close range while riding a motorcycle on his way home, leaving behind his wife widowed and two children, one 15 days old. According to a close friend, he got information that “something was going to happen to him on either the 11th or 12th of February”.

Singh was doused in kerosene and burnt alive by local thugs and policemen after he revealed reports of corruption of a minister in UP’s 2015 government by posting it on his Facebook page Shahajahanpur Samachar. A veteran of the Hindi language media, Singh held UP Minister Rammurti Singh Verma responsible for this crime, as he was breathing his last. Verma and four others were charged under Sections 302 (murder), 120B (criminal conspiracy), 504 (intentional insult with intent to provoke breach of the peace) and 506 (criminal intimidation) of the Indian Penal Code.

Also popularly known as J Dey, the MiD-Day editor was shot dead outside his Powai Residence sending shock-waves across the entire country. According to reports, Journalist Jigna Vora is suspected to have passed on Dey’s personal information to gangster Chhota Rajan owing to a professional rivalry. Earlier today, Rajan was sentenced to life imprisonment for the murder, and Vora was found not guilty of all charges.

November 2002: Assassinated for exposing god-man Gurmeet Ram Rahim in a rape case. He worked for Hindi newspaper PooraSach, and exposed Ram Rahim based on an anonymous letter from Rahim’s own sadhvi. On the night of 24 October, two men riding a motorcycle shot Chhatrapati at point-blank range outside his residence. The journalist succumbed to his injuries four weeks later. In a phone conversation with the Quint, Ram Chander’s son Anshul Chhatrapati said, ”My father wasn’t fond of the profession and would say that lawyers resort to distorting facts and lying.”