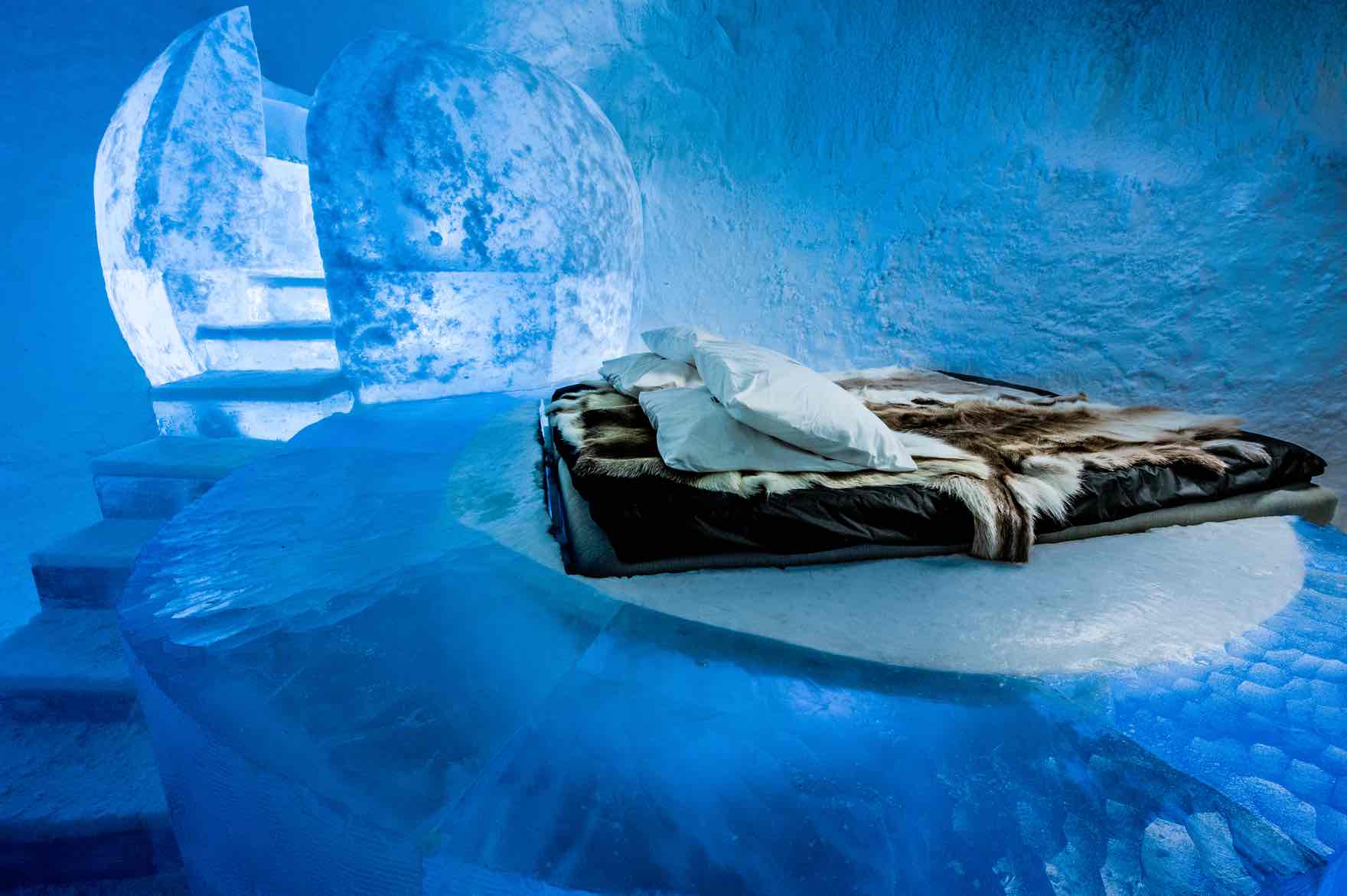 The hotel is in Jukkasjärvi, near Kiruna, in Swedish Lapland. There are 20 suites, 11 ‘art suites’ and nine deluxe suites, where guests can sleep on a bed made of ice at -5C, 365 days a year. Artists Marjolein Vonk and Maurizio Perron have created one of the deluxe suites – known as Wishful Thinking.

The world’s first permanent ice hotel has opened to guests in Sweden, 200 kilometers north of the arctic circle. in addition to 20 suites for overnight stays, the 2,100 square meter resort also includes a bar and an art gallery, open throughout the year. The entire project has been created out of snow and ice by artists from around the globe. 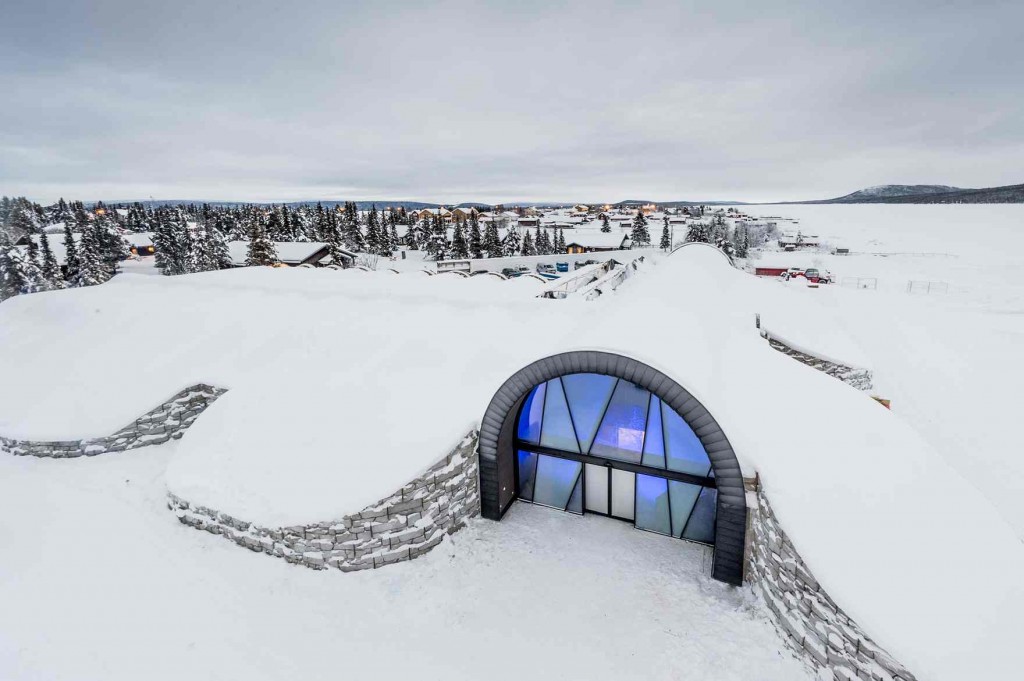 Dreamscape, has been designed and built by British architects Alex Haw and Aditya Bhatt from Atmos Studio in London. The hotel entrance. During winter, the hotel will be covered in snow but during the summer it will be kept cool by solar power from the midnight sun, covered with a turf roof and planted with Arctic flowers.

It is formed from around 30,000 liters of water that has been taken from the adjacent Torne river. founded in 1989, each year Icehotel presents an ephemeral collection of art-filled rooms and suites — the 2016 edition is the resort’s 27th incarnation. when parts of the hotel melt next spring, Icehotel 365 will be able to offer its 50,000 annual visitors a year-round experience.