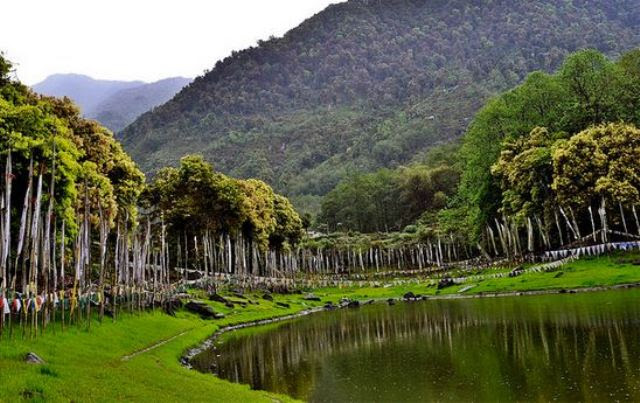 Sikkim’s “Khangchendzonga” National Park has been named as India’s first “mixed” site on the UNESCO World Heritage list, by fulfilling the criteria under both natural as well as cultural heritage. With this achievement, India now has 35 sites on the world heritage list, including seven natural and 21 cultural sites.

The park exhibits one of the wildest altitudinal ranges of any protected area worldwide. It boasts of unique diversity of lowlands, steep valleys and snow-clad mountains. It includes the world’s third highest peak ‘Mt.Khangchendzonga’ which is beside numerous lakes and glaciers. It is home to significant number of endemic, rare and threatened plant and animal species. The Khangchendzonga Park lies within the Himalaya global biodiversity hotspot and displays an unsurpassed range of sub-tropical to alpine ecosystems. The Himalayas are narrowest here, resulting in extremely steep terrain, which magnifies the distinction between the various eco-zones.

The park qualified as a mixed site under the operational guidelines of WHC for its “exceptional testimony to a cultural tradition or to a civilization which is living or which has disappeared.”

The park stands out as an outstanding example of traditional knowledge and environmental preservation. The park combines the religious and cultural practices of Buddhism as well as the ecological significance of the region. It is a perfect example between different religious traditions and people.

The cultural significance of the park is portrayed in three different parts: Firstly, the belief of sacred or hidden land, which extends to all of Sikkim, but has its heart in the territory of the park. It is important in Tibetan Buddhism which is to say that it is one of the world’s leading religious traditions; secondly, the multi layered sacred landscape of the park and the cultural and religious relevance of the hidden land is specific to Sikkim and thirdly, the indigenous religious and cultural practices of Lepcha with regard to the ecology and the specific properties of local plants. It stands as an outstanding example of traditional knowledge and environmental preservation.

This is also the first nomination in which the newly established UNESCO Category 2 Centre on ‘World Heritage Management and Training for Asia Pacific Region’ at Wildlife Institute of India has provided professional inputs. Both IUCN and ICOMOS had given a clear and positive recommendation for inscription of a natural and mixed site from India.