When it comes to talking about the internet, there are a lot of people who emerge from the crowd with very strong opinions. Some stand with the wonders of the internet, and everything it has been giving us. On the other hand, some are very loyal to the stand that social media, or the internet, as we call it, has been a bane to our existence for the longest time.

There are a lot of reasons that can back this opinion, but the one that is talked about quite frequently is that platforms like Instagram and Twitter act as some people’s daily source of news. To a certain extent, it was never really a problem, considering the youth of this society rarely opens the newspaper, or even a news website, for actual information purposes; that’s why social media platforms became a medium to deliver news to people who aren’t interested in reading the newspaper. So far, social media looks like an angel in disguise for the youth. The problem is, however, that one of the key rules of journalism in the news industry, is to have an unbiased stance, that merely provides information for the purpose of providing information. Unfortunately, social media platforms don’t have those rules. This means anyone can provide any information for any kind of purpose.

Another reason for social media to be an angel in disguise is its ability to deliver news in seconds. There is essentially no buffer period, and information is received as it is sent out. There is a flip side to it though, and that is: that people start forming opinions as soon as they receive information. Forming an opinion isn’t bad, but forming an opinion without the entire set of facts is a questionable decision. Here is where the impulsive culture of social media is heavily criticized.

There are two kinds of people on social media, the ones who receive information directly and form an opinion of their own, and then there are ones who adopt the opinions of others so that they can be updated and ‘woke’ without having to do any actual research. The concept of virality is also factored in when looking at impulsive culture. In mere hours, and sometimes even minutes, information and opinions that come with it, travel so fast, that people have this fear of missing out. Something that’s being talked about today will probably be long forgotten next week, and because of this, people have this sense of urgency to have an opinion on something that they don’t have all the information for. This is how news gets mishandled and often ends up having the wrong impact on people.

The thing is, having Instagram, Twitter or even WhatsApp as your source of news and information isn’t entirely a bad thing, as long as you take responsibility for the opinion you form. Perhaps, it is better to let the news settle for a few days so that all aspects of the news are rightly put out for everyone. The urge to have an opinion, just because everyone else does, is not how you can take responsibility. It is quintessential for the youth of today to realize receiving and spreading information should be loyal to the purpose of the information; not to be ‘woke’ on the internet, not to undermine anybody else, and especially not to make others feel guilty about not knowing something. If you have a friend, or anybody for that matter, who isn’t updated about something that has been happening in the world, make a conscious effort to not say, “How do you not know about this? Everyone is talking about it!” Rather, tell them what it is, and let them form their own opinion.

“It is a capital mistake to theorize before one has data. Insensibly one begins to twist facts to suit theories, instead of theories to suit facts.” – Sir Arthur Conan Doyle, Sherlock Holmes. 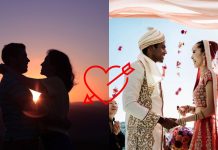