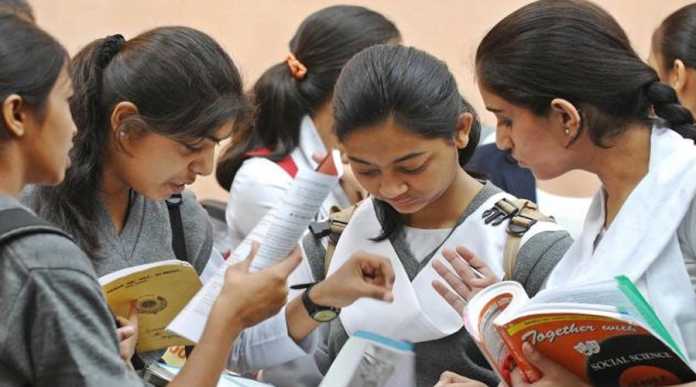 President Pranab Mukherjee has agreed to a parliamentary panel’s recommendation to make Hindi compulsory till class tenth in CBSE-affiliated schools and Kendriya Vidyalayas. The Ministry of Human Resources and Development has also been instructed to form a concomitant policy in consultation with the states to make Hindi compulsory in these schools.

“The HRD Ministry should make serious efforts to make Hindi language compulsory in curriculum. As a first step, Hindi should be made a compulsory subject up to standard X in all schools of CBSE and Kendriya Vidyalaya Sangathan,” the Presidential order said.

“The Centre should form a policy in consultation with the state governments,” the order added.
The recommendations were made in the ninth report of the Committee of Parliament on Official Language.

Last year, the CBSE had suggested an expansion of the three-language formula – English and any two Indian languages – to classes ninth and tenth. The Ministry of Human Resource Development, however, is yet to make a decision on this suggestion.

Why should it be made compulsory?

India today has 22 official languages and more than 6000 local dialects. However, Hindi being the national language, there are a number of reasons to protect and nurture it. It integrates all Indians as one through a common link and has absorbed in more than 20 states of India. Talking about the beauty of the language, it is considered as the most liberal language in the world, comprising additions of words from other languages.

Being a beautiful language with a rich literature, it is imperative to know it as around 75% of the country resides in villages where people speak Hindi. There are a plethora of reasons why making Hindi compulsory is an extremely important move. The most important benefit would be how the language integrates our country as one. After all, if there is one language that has the eligibility to represent India in an International forum, it is Hindi!

Do you think it should be made compulsory? Let us know what you think in the comments below!