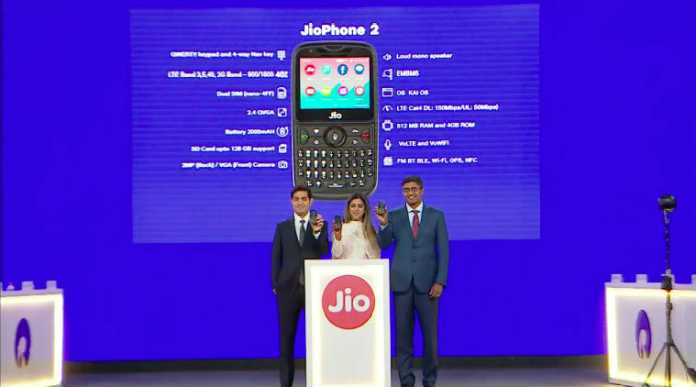 JIO 2018 AGM was highly successful just like every other Reliance AGM has been over the years. The company has come up with many attractive offers and new products. Mukesh Ambani, Chairman, and Managing Director of Reliance Industries also shared the success JIO has managed to attain by quoting “215 million customers within 22 months of its start is a record that no technology company has been able to achieve anywhere in the world.”

The JIO Giga Fiber was one of the prime highlights of the event, which offers speed of up to 1 Gbps.  “Gone are the days of Mbps, now it will be about Gbps”, said Isha Ambani on the launch of Jio Giga Fiber.  Reliance Industries (RIL) also unveiled an upgraded version of Jio Phone called ‘JIO phone 2′ which will be available at an introductory price of 2,999. The bookings for the new JIO Phone and the Jio Giga Fiber will begin from August 15, 2018.

Below are some of the prime Highlights from the Reliance Industries’ (RIL) 2018 AGM:

Mukesh Ambani also revealed the economic position of the company. Among other details, it was also claimed by the MD that RIL has paid the highest GST and income tax among private players of the market. The company’s profits also saw a hike of 20.8% to Rs. 36, 075 crore last year. In the last 12 months, the company has made 12 deals worth Rs. 28,900 crore.

Reliance Industries reported a consolidated net profit of Rs. 9,459 crore for March quarter, which is up by 17 percent of the same March quarter from the previous year. The company’s JIO venture has over more than 25 million people who use the JIO phone, and this number has almost doubled within a year.