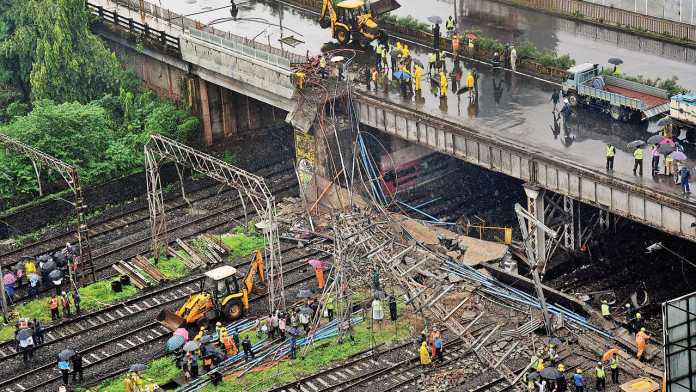 Tuesday was quite an eventful day for the city of Mumbai, given the series of unfortunate incidents that took place. We started our day with the bridge collapse in Andheri, that gave most of the city a bonus holiday. We then moved on to a BEST bus driver crashing his double-decker into an over-head railing at Santacruz, followed by a fire that broke out at Mira Road station. Finally, we all called it a day with a horrifying short circuit at Virar station.

Some call it a mere coincidence, but most of us call it negligent. The harsh weather conditions did nothing to help, but that only raises one question – how well-prepared are we in the face of adversity? In case of the Andheri bridge collapse, the answer is quite evident. What made the bridge so weak? Was it not maintained as it should have? Railway Minister Piyush Goyal said that he has ordered a probe into the incident but let’s face it, we’re never really going to know the whole truth.

The collapse resulted in five injuries and a major tragedy being averted thanks to an alert motorman who hit the breaks a mere 55 metres from the collapse debris. The BMC is the world’s richest civic body, and it’s certainly a shame to think about where the taxpayer money is going – certainly not towards the upkeep is the city’s infrastructure.

In the case of the BEST bus driver, it’s was the driver’s own fault. But what about the fires at Mira Road and Vasai. The local trains are Mumbai’s lifeline and see lakhs of people making a daily commute to and from college/work. This is what makes it all the more important to ensure that they’re being maintained from time to time. But that’s never the case. Take the Elphinstone stampede for example. Lack of proper overhead bridges was a sole factor in the tragic incident, and the BMC washed their hands off it. Thanks to the Army, Elphinstone Road station now has a sparkling new bridge.

And just yesterday, the Grant Road Station bridge was revealed to have developed cracks, due to which all traffic had to be diverted. The bridge is also a property of the Civic Body. After the incidents, the BMc refused to take responsibility A report in the Economic Times said that the Bombay High Court has pulled up the BMC for their ‘passing the buck attitude’, saying that any incident pertaining to civic amenities in the city, that affects citizens, is the BMC’s responsibility.

Will the BMC really step-up this time? Or is it not long before another disaster is waiting to take the city by storm? 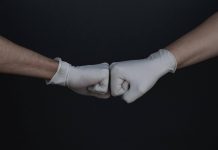