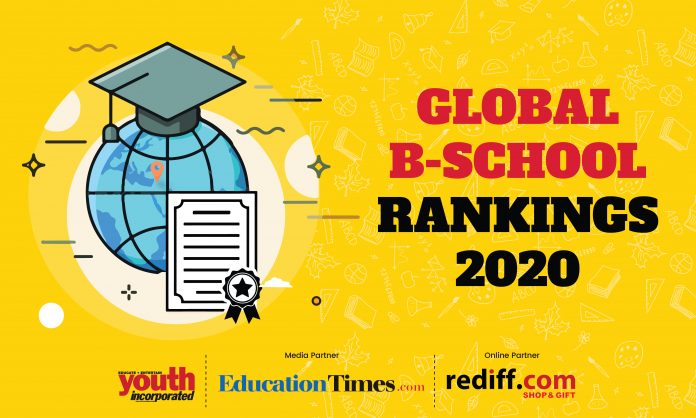 With a dream of becoming a 5 trillion dollar economy, India since the past five years has been stressing immensely over the importance of startups and entrepreneurship. To demonstrate the advantages startups and entrepreneurship offers to an individual, the government of India launched various initiatives like Startup India and Make In India. Positively, the government seems to have succeeded in this effort as a majority of youth today are choosing to acquire qualifications that will aid them in self-employment.

This said, Indian individuals today are opting to build a career in either Business, Finance, Marketing, Management or Economics. As a prerequisite to this, more and more individuals are applying to business schools and investing a great amount of effort to successfully pursue a master’s degree. Given this scenario, there undoubtedly exists cut-throat competition among prospective students to get into the topmost business school and secure a seat. To help our readers pick the correct business school for themselves, we at Youth Incorporated have come out with our annual Global B-School Rankings 2020 under which we have compiled the top 100 B-Schools across the globe which are best to graduate from.

Our team connected with 1800 institutes and held discussions with students, recruiters, and the teaching faculty, to present to you the top 100 Global B-School Rankings. We also consulted professional organizations such as AMBA, EQUIS, and AACSB. Youth Incorporated’s Research Unit (YRU) also studied domestic rankings in various countries to find the best institutes.

Owning the tag of the best business school in the world, University of Pennsylvania stands 1st in the rank. Harvard University, making way for University of Pennsylvania slipped one step down to the 2nd position. Stanford University has regained its 3rd position and further pushed London Business School down to the 4th position from its second position in 2019. INSEAD becomes the last of the top 5 global b-schools by ranking 5th. IE Business School maintains its rank of being the 7th in position and continues to remain one of the top 10 business schools in the world along with Columbia University, MIT, New York University and IESE standing at the 6th, 8th, 9th and 10th rank respectively. With this, the USA yet again dominates the top 10 category followed by Spain.

India too has made a little progress this year with three of its institutes making an upward movement. IIM Ahmedabad sits in the 12th position as compared to its 14th position last year. IIM Calcutta has come down by one step holding the 15th rank. The Indian School of Business stands at the 27th position and after moving two steps upwards, the SP Jain Institute of Management is at 44th rank. We still hope to see more Indian business schools on this list in the following years.

We chose 1800 institutes across the world after having discussions with students, recruiters and faculty. We also consulted professional organizations such as AMBA, EQUIS and AACSB. Youth Incorporated’s Research Unit (YRU) also studied domestic rankings in various countries to find the best institutes.

Institutes were provided a link using which they could send us their completed survey online. They were asked to answer questions relating to full-time faculty, career service, student and program information and all the factors listed above.