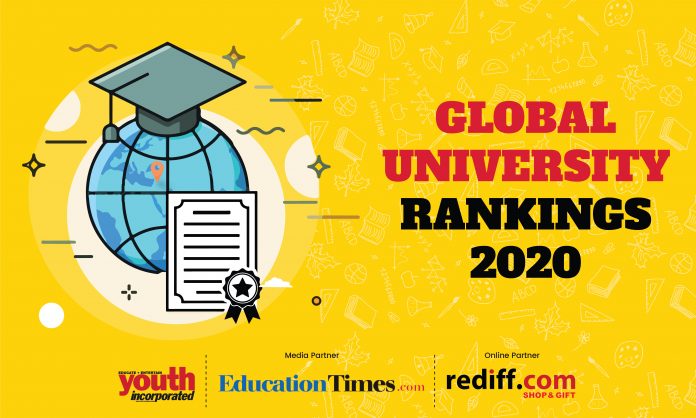 Studies state that a majority of fresh graduates choose a career path that contradicts with their qualifications. Quite truly, this has become far too common among the millenials. Graduates end pursuing a career for which they have not been prepared and do not hold the valid qualifications which would otherwise make them better equipped. This is clearly indicative of them being confused about the career path they wish to tread on.

Higher education, especially on an international level, is an expensive affair. After spending a huge sum of money, time and effort, when an individual realizes that his interest doesn’t match with what he/she is studying, proves to be a debt rather than being an investment. To avoid such a situation, individuals must know what career they wish to pursue and also have a proper plan chalked out. Further to this, they must begin with researching and hunting for the best universities to apply for.

During this process though, it is simply natural to get lost in this mad maze. At such times a trustworthy source of assistance is required. Youth Incorporated, one of India’s youth magazines in association with Education Times and Rediff.com has released its top 100 Global Undergraduate and Business School Rankings 2020 to assist students in making an informed decision of choosing not just the best but also the most suitable university for the purpose of higher studies. To make the selection of the best university easier, the rankings are also categorized based on the location and course specialization of these universities.

Youth Incorporated’s Research Unit (YRU) contacted around 2450 institutes, and over 9500 recruiters to collect unbiased data about prime factors like value for money, student and recruiter satisfaction, infrastructure facilities, and pedagogy; factors that are primarily considered while finding the right university. Online survey forms were sent through emails to the institutes and recruiters to receive detailed information. Our team also approached the students and alumni of these universities, which has added more credibility to the rankings.

Based on the research that was conducted for several months and the data derived from this research thereafter, a list, ranking the top 100 undergraduate universities was formed.  To give the readers a holistic view of how a particular institute has fared over the years, the ranking for this year was placed against our previously conducted annual rankings. We hope our in-depth survey will guide students in making the right choice yet again!

How Have The Universities Fares Compared To 2018 And 2019

Placing the 2020 rankings against those we’ve conducted over the years, a comparison of the performance of institutes in the previous years is evident. This year, the University of Pennsylvania has emerged as the topmost university in the world, pushing Harvard University to the 2nd position. Stanford University regained its 3rd rank after it fell to fourth, last year. University of Chicago, on the other hand, has boosted to the 4th position from the seventh in the previous year. Massachusetts Institute of Technology is witnessing fluctuations as it dropped from the second position to the 5th this year. Columbia University stands 6th in the top 100 after shooting from the ninth rank.  Cornell University and Princeton University have dropped to the 7th and 8th rank respectively. Yale University has slipped one step down to the 9th position from its previous year’s eighth position. Making it to the top 10 global university rank, University of Cambridge jumped two steps upwards from its thirteenth position in 2019. Following their way to make it to the top 10 global universities by next year hopefully, are Brown University and University of Oxford on the 11th and 12th positions respectively.

With this, the USA has once again left a strong impression in the Top 10 Global University Ranking with University of Cambridge making an opening for the UK into this category.

Just as in 2018 and 2019, this year too, only two Indian institutes namely Indian Institute of Technology Delhi with a rank of 24th position and Indian Institute of Technology Bombay at 31st position have appeared in the top 50 category. While IIT Delhi jumped one step upwards from the twenty-fifth position in 2019, IIT Bombay has drastically dropped from the previous year’s twenty-first position to 31st rank. Only four Indian institutes have been able to secure a place in the top 100 with  Indian Institute of Technology Kanpur sitting at the 62nd position and University of Delhi on the 79th position. This year too there have been no additions to the Indian institutes in the top 100 category. Clearly, India being a country with the most number of youngsters, yet needs to swim ahead of many foreign universities to reach the top and be identified for quality education.

We chose institutes across the world after having discussions with thousands of students, recruiters and faculty. Youth Inc’s Research Unit (YRU) also studied domestic rankings in various countries to find the best institutes.

We sent survey links to 2450 institutes and provided them with unique codes so that they could submit their responses online. Institutes were also provided links to online surveys where their current students were asked to rate specific statements that pertained to the factors considered in this ranking. Institutes also sent separate survey links to their recruiters who in turn rated the institute’s career management cell as well as student employability.

Over 9500 additional recruiters were sent emails with a survey link. The recruiter list was prepared from the responses of the institutes and also included internationally well-known recruiters.

Below are the factors we considered and the overall weightage assigned to them:

This category significantly impacts the overall score of an institute since it is the most weighted factor. One of the most important criterions to select institutes is the student’s industry viability after graduation.

Recruiters were asked to list and rate the institutes that they were most likely to recruit from. They were asked the likelihood of recruiting again from the same institute and their satisfaction with the institute’s career cell. Recruiters rated students on various factors including analytical and problem solving skills, leadership potential, communication and interpersonal skills and so on.

Institutes, students and alumni were also asked about the availability and functioning of a career service cell on campus and how active such a service was. We also considered what percentage of students were actually placed, both domestically and internationally, through the institute’s career service cell. Students reported the availability and ease of obtaining internships.

Institutes were asked to report the total number of students on campus and what percentage of the students were international and speak two or more languages. Gender diversity of the students was considered.

Institutes also reported the percentage of the faculty that were international, hold a doctorate degree and accredited with their own publishing material along with the gender diversity of the faculty.

Students and alumni were asked to rate the student and faculty diversity in their class.

This category looks at the innovation used to construct and teach programmes and how faculty engage the students; an important factor in the overall perception of an institute.

We considered the different ways in which an institute constructs programmes. Institutes were asked to select from a list different teaching methodologies that we considered innovative – some of these included company visits, dual or multiple majors and course collaborations between different departments at the institute. Our list was made after surveying students across different campuses worldwide.

Students were asked to report how satisfied they are with faculty who use innovative ways to teach subjects.

This category considers the support students receive on campus and the availability of extracurricular activities. The exchange programmes offered by the institute and how actively students are encouraged to opt for such programmes was also considered.

We asked the institutes to select the different types of assistance provided by the student office or a similar body on campus. Our initial list was selected after surveying students across different campuses worldwide.

Students and alumni reported if they were encouraged by the institute to participate in different extracurricular activities on campus.

Institutes were asked to report the percentage of students that opted for exchange programs. We also considered the exchange students present on the institute’s campus.

This category takes into account a critical part of college education today – finances. And more importantly, how satisfied a student is with the institute.

We considered students’ opinions on whether a particular institute was perceived as ‘value for money’. We also asked institutes to state the percentage of students who received some sort of funding from the institutes.

We calculated the standard deviation and standard scores (Z scores) so that we could combine and analyse the data with more accuracy and reliability. Below is a summary of the factors and the weightage given to each factor when we ranked the institutes. Each factor was made up of a set of questions. The total percentage attributed to that factor was based on the average score of the responses multiplied by the assigned weightage. The total scores were then sorted from highest to lowest. The institute with the highest score was ranked first.

After we calculated the total computed scores for the institutes, we subjectively analyzed the data provided by the institutes, current students, and recruiters. If we found discrepancies in the satisfaction scores and the subjective descriptions, we omitted the data. This happened in the case of 6 institutes.

In a few rare occasions, some institutes did not supply data for all the questions in the survey. When data was missing which affected factors which were low-weighted such as value for money or campus support, we entered an estimate between the average and the lowest value reported by the institute.

By following such a practice we did not excessively penalise an institution with a ‘zero’ for data that it could not provide. At the same time, the institute was not rewarded.

We required that at least 20% of the class size (of any specific institute) answer the student survey. Hence, some institutes were disqualified from our ranking because of rack of responses to the student and/or alumni survey.