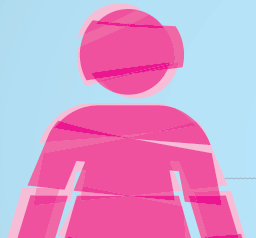 Remember that phase of transition from adulthood to adolescence when the word ‘sex’ suddenly became synonymous with the word ‘gender’? Remember all the ooh’s and aah’s it attracted? It’s been so many years down the line, but the ambiguity continues to exist.

Gender and sex
If you look back, you’ll realise that ‘gender’ was one of the many ideas thrust upon us like a birthday present, wrapped in glossy paper, during the oblivious years of our childhood; whereas the word ‘sex’ was introduced to us more discreetly. It lacked explanation and felt more like a trophy for having formally entered adolescence. Technically speaking, the definitions possess the same difference. ‘Gender’ refers to the characteristics that differentiate between masculinity and femininity. They’re thrust upon us from the very minute we enter into this world. ‘Sex’, on the other hand, is the biological differentiation between male and female. It is way more discreet in nature owing the same to social norms. It is this difference between the two that forms the crux of the matter.

Gender stereotypes – what’s that?
Every time you see a woman driver and mutter a curse word under your breath or presume a man with a beard to be more ‘manly’ than one without, or ask someone not to “behave like a girl” – you’re gender stereotyping that person. In fact, the most common stereotype is that of the assigning the colour pink for girls and blue for boys. So what are these stereotypes exactly?
Gender stereotypes are a set of over-exaggerated characteristics and behaviours attributed to a group of people on the basis of their sex. They are not inherent traits but social constructions that have accumulated over a long period of time. They’re neither positive nor negative. They are inaccurate descriptions and penetrate a system of unfairness in the society. They are so deeply ingrained in our mindset that it is often difficult to recognise them on the surface level.

History
There really isn’t a particular time period when these norms suddenly emerged out of thin air and took over the world. Broadly speaking, they have evolved over time. One theory suggests that the idea of gender norms emerged from division of labour that was followed by Hunter-gatherers. The men went hunting whilst the women stayed behind to take care of their young ones; thereby, establishing the concept of Aggressors and Nurturers, respectively. But that’s not all. One must remember that this division of labour was based on practical convenience rather than the natural skills and abilities of men and women.
Hence, it is not that men can’t nurture or women lack aggression, rather the subconscious moulding of individuals to fit into the established idea of a ‘man’ and ‘woman’ that has resulted in such discrimination.

Who is to be blamed?
A common misconception is that of blaming men for being the sole fountainheads of these gender norms. However, that’s far from the truth. Men and women are equal perpetuators of these stereotypes.

Tulika Saxena, a professional in the field of Gender Studies who has done her PhD. from Australian National University, explains this by taking the example of the caste system that has existed in India for quite some time. “The higher and the lower castes both exist in the same society,” she says. “Each is bound by specific rules and regulations. The oppressed members choose not to raise a voice because they feel the need to exist in the society. Whereas the oppressors do not question the system because they’re enjoying the power.”
The system here is the institution of Patriarchy which victimises both men as well as women. While women are considered safe in the company of a man, men are prevented from expressing their emotions; while women are expected to take up their husband’s surname after marriage, men are ridiculed for wanting to stay home and take care of their young ones. While women are expected to walk, talk and look a certain way, men are discouraged from developing any interest in activities that are supposedly for women.

Dr. Vineeta Bajpai, a Mumbai-based HR professional, shares her personal experience with gender stereotypes. “All my ideals about women empowerment dissolved the minute I got married. I subconsciously started to behave like a typical housewife as that’s what I had always seen and imagined married life to be like. Surprisingly, it was the support of my husband that motivated me to rebuild my identity from scratch and realise that Patriarchy and Men are not two sides of the same coin,” she says.

A happy ending or not?
These gender roles have plagued the society since time immemorial and continue to do so. It is a system of conventions that imparts the illusion of comfort and equality that starts at a very young age.

However what’s new is the recent trend in realisation of the same. The advocacy of Feminism and Gender sensitisation is a beacon of hope for change. It will require years of unlearning gender norms, roles, and responsibilities. It’s a difficult and long process but it is only the gradual breaking down of these standardisations through reflection of self and constant conversation that can help mankind grow beyond its past.

Anushka Jadhav, Managing Director at No Country for Women – an organisation that aims to combat gender based discrimination through education and conversation – says, “It is not a matter of one gender against the other as both are equally constrained. The social structure that assumes women can have no sexual autonomy is also harmful to men as it assumes that they can never be victims of sexual assault.”

Another plausible end product of the same could be the breakdown of existing stereotypes resulting in the creation of more stereotypes. A girl chopping off her hair could be seen as a disturbance in the existing norms but this could also lead to a generalisation of girls with short hair being labelled as rebels trying to break free from femininity. And thus, the question remains – is there a way out?