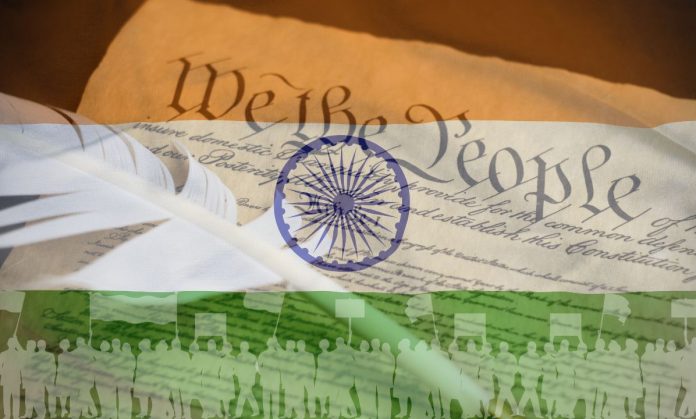 Swami Vivekananda famously declared, “My faith is in the younger generation, the modern generation, out of them will come my workers!” This statement has proven to be correct decade after decade. The youth, forming a vital part of our country’s demographic has led the innovation revolution. The youth, especially, students, no matter how important they are, are sometimes exploited and denied their rights. Every young person must be aware of their legal rights. Although there is no special right or provision in India specifically dedicated to them, here are some very important fundamental rights and provisions in the Indian constitution that every student should be aware of.

As stated by Article 19(1)(A), everyone including the youth has the fundamental right to freedom of expression and this includes the right to seek, impart and receive information.

As a result, the government enacted the Right to Information Act (RTI) in 2005, which establishes a framework. It enables students to file an RTI application when they desire specific information on specific matters. For instance, if a state-run college refuses to provide copies of your mark sheet or there is a significant delay in providing results, one can file an RTI application demanding the status of the situation or the reasons for refusal to provide the necessary documents.

Under Article 21 of the Constitution, every child up to the age of 14 is entitled to receive elementary education free of cost. In case the government prevents any student from pursuing elementary education, it shall be liable to pay any kind of fee or charges or expenses.

This means that people cannot be prosecuted and tortured under archaic penal provisions, merely for the reason that they are not heterosexual.

Equality of Opportunity in matters of public employment

Article 16 of the Constitution guarantees equal opportunity to all citizens in matters related to employment in the public sector. This means that no citizen can be discriminated on the basis of religion, race, caste, sex, descent, birthplace, or residence when in the matter of employment or appointment to any office under the State.

Even though the aforementioned right cannot be categorized as a fundamental right, it can be described using interpretations of Articles 14, 15, and 16, which guarantee fundamental rights to equality before the law, protection from discrimination, and equal opportunities in public employment.

This means that an employee engaged in the same work cannot be paid less than another who performs the same duties and responsibilities. The Equal Remuneration Act of 1976 provides that no employee can be paid less or more than another similarly placed employee for services rendered and work undertaken. The focus of this legislation is to eradicate the gender pay gap, and to reduce inequalities of income that exist between men and women.

The Constitution of India guarantees Indian citizens the Right To Vote under Article 326 of the Indian Constitution. To be able to vote, every citizen must turn 18 years old. Any person who has attained the age of 18 years has the right to vote in National-level elections, State-level elections, Local government body elections and District-level elections to ensure their voice is heard and issues concerning their wellbeing are paid heed to.

This is a summary of both fundamental and constitutional rights that are pertinent to the welfare of the youth. Look out for the next article in this series through which we aim to shed light on the rights of the youth, and the laws that govern the matters that are important to a younger generation.