There was a time when a class 12 science student could breathe a sigh of relief after a whole year’s effort, once the board exams were done. Their future rested on this one exam, and they put their heart and soul into preparing for it. For the past decade, the case has changed.Preparatory  time has gone up to two years, owing to the various entrance exams that students have to take for admission to professional courses, like engineering, medicine, pharmacy and architecture. Students are forced to start gearing up almost two years in advance. They start attending coaching classes while they are still in class 11, and sometimes even before that.

Entrance exams were not entirely unheard of before this. There were a few, like the IIT Joint Entrance Examination (IIT-JEE) conducted by the coveted institutions for entry into undergrad engineering programmes. There was also the Pre Medical Entrance (PMT) conducted by the CBSE board for entry into some of the medical programmes in the country. But such exams were few in number, and more importantly, were not mandatory. It depended on the student, whether he or she wanted to opt for these programmes. The courses at all the other institutes simply depended on marks scored in class 12.

Students now have to take at least one, since admission to all programmes is based on an entrance exam. It is obvious that students don’t want just one shot, so they end up taking many entrance exams. There are so many of them, that there are not enough days for them to be conducted by the authorities! Most often than not, they are held on weekends. They have to commence only after the various state and central board class 12 exams are over (after March), and have to be over before the academic year starts in June. By June, the admission process has to begin. Thus it leaves the authorities with an average of only eight weekends to conduct all these exams. So many times students have to skip a particular exam, since it overlaps with another one.

This year, the IIT JEE is to be held on April 8, where as the other major engineering entrance the All India Engineering Entrance Exam (AIEEE) is to be held on April 29. In between, there is the ISAT, the entrance exam to programmes at the Indian Institute of Space Science and Technology on April 21 which is also the date for the VIT Engineering Entrance Exam (VITEEE) for admission to the Vellore Institute of Technology. Students in Maharashtra will have to take the Common Entrance Test, the MHT-CET-2012 for all health sciences, engineering and pharmacy degree courses on May 10, which is also when the BITSAT, the Birla Institute of Technology and Science Aptitude Test, for admission to the Birla Institute of Technology and Science campuses located in Pilani, Goa and Hyderabad. Besides these there are numerous national and state level exams that students are opting for, and going a little bit crazy keeping track of. The only solace is that they’ll get a short break from everything after all these are done, since most of them don’t even have the capacity to think of a long-term career after they have been drained with all the preparation. 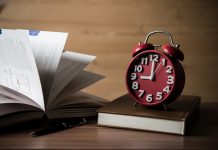 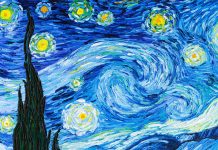