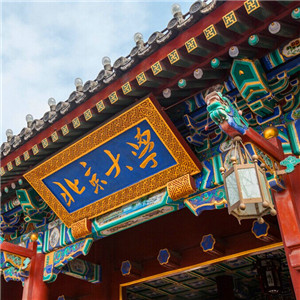 With a large number of technological advancements taking place in China, we don’t blame you for wanting to head there to study. But don’t forget to read up on our university recommendations before you go there

China, the 4th largest country, is home to approximately 2500 universities. It also boasts of interesting food, remarkable infrastructure and unique languages. Studying in China may seem like a bizarre idea, but it’s fairly close to India and has great universities. Most of the best Chinese universities are situated in Beijing and Shanghai, which also have several tourist attractions, making them entertaining places to be in. With rapidly developing technology and infrastructure, China is also greatly investing in its education, initiating many projects and scholarships to encourage international students to study there. When applying for universities in China, you can use the CUCAS (China’s University and College Admission System) online website to help or simply visit the university website and apply directly.

Fudan University – Shanghai
Fudan University has 4 campuses all based in Shanghai. Ranked 16th in Asia and 71st in the world, Fudan is another member of the elite C9 league. It has a student body of more than 32,000 and is one of the first universities in China to admit international students. It offers many programs for international students and has a separate website to help with visa applications and lodgings. Fudan has a diverse range of courses but its best courses are for Modern Languages and Politics. It is also affiliated with 11 hospitals, which can serve as outlets for work experiences and potential job opportunities after your course is over.

Visa
Once you have been offered a spot at a Chinese university, you will need to go to the Chinese Embassy and apply for a visa. The type of visa you need will depend on the duration of your stay. Staying for more than 6 months requires a student study visa, also known as x-visa. If you do not get receive your admission confirmation in time, then you can apply for a tourist visa and then convert it to a study visa later.

General Expenses
China is an expensive place to live in especially if you are living in Shanghai, China’s finance centre, or Beijing, the capital. However, tuition fees are relatively lower compared to the UK or US, making it a more viable option. Public transport is quite cheap throughout China and accommodation costs are fairly reasonable ranging from US$ 300 to $400.

Language & Communication
China has a plethora of languages and dialects, but the main language spoken throughout China is Mandarin. Universities in China have many courses taught in English and most of the Chinese population can speak English, dismissing language barrier as a problem. Nevertheless, it is a good idea to learn the basics of the language to help navigate around the city. Most universities offer courses for international students to learn Mandarin. Some courses are taught in Mandarin itself and if you wish to take up those courses you will need to hand inadequate HSK (Hanyu Shuiping Kaoshi) results, which are Chinese proficiency tests of sorts. You may be required to provide TOEFL or IELTS results to prove your proficiency in English. 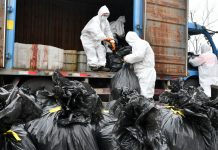