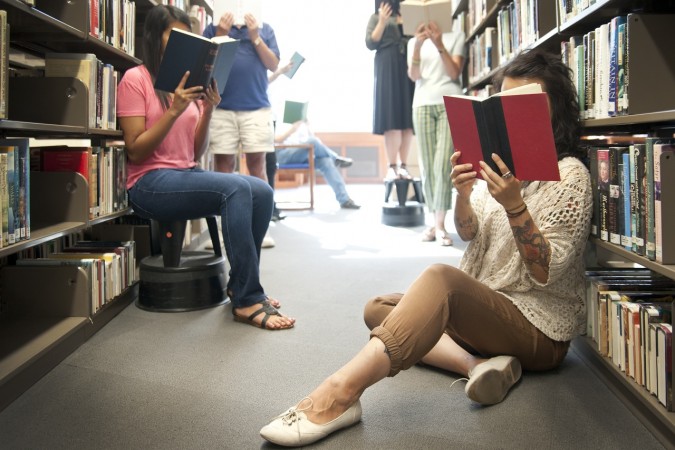 Did you know there exists a library where you can borrow ‘people’ to hear their stories? It’s the coolest thing I heard today. Under the programme titled ‘Don’t Judge a Book by Its Cover’ the Human Library was started, it was ‘designed to build a positive framework for conversations that can challenge stereotypes and prejudices through dialogue’.

Real people are on loan to readers for allotted time who interact to understand these ‘books’. The Human Library or “Menneskebiblioteket” as it is called in Danish was developed in Copenhagen in the spring of 2000 as a project for Roskilde Festival by Ronni Abergel and his brother Dany and colleagues Asma Mouna and Christoffer Erichsen.

Not kidding! You can actually borrow people and hear their stories. How would it be to know the history of Syria from none other than a Syrian refugee himself? Or getting to know all doubts you had about transgender from a transgender person? What a brilliant concept!

“This event helps the Museum facilitate public dialogue about important human-rights issues. Building linkages to the community and promoting human-rights education is an important part of our role”, says Stephen Carney, Librarian at the Canadian Museum for Human Rights.

Let’s organize one in India, why don’t we?