It’s established that owning any Apple product is basically making a luxury statement. While holding an Apple iPhone in the hand feels great, we have all cursed it for being unfriendly many times.

Apple users are often found complaining about how it’s a headache to get a damaged Apple product repaired. Besides the heavy cost of the repair, the unavailability of spare parts of the devices too made many Apple users turn to other brands.

However, in its recent announcement, Apple gave its customers relieving news. It is now going to allow its users to self-repair their devices.

The tech world exploded after this news broke out. Why?

Firstly, because it’s a historic decision made by the company. This is going to lead to saving huge amounts of repairing money for Apple users. This also means that the lifespan of the devices will increase to a greater extent.

“Creating greater access to Apple genuine parts gives our customers even more choice if a repair is needed. In the past three years, Apple has nearly doubled the number of service locations with access to Apple genuine parts, tools, and training, and now we’re providing an option for those who wish to complete their own repairs,” said Jeff Williams, Apple COO, during the announcement of the service.

Apple aims to make the self-repair service easily accessible. For this purpose, it is going to create online repair manuals (text, not video), which will be made available through the new Apple Self Service Repair Online Store.

This new service is said to be launched first in the US at the beginning of 2022 where the company initially plans to provide 200 parts and tools to its customers. The users, however, need to be careful while self-repairing the devices. Although the warranty of the device won’t exhaust due to self-repair, if a user badly damages the device during the process, then the repair services won’t be of much use. Thus, users must carefully view the online repair manual.

Although, the right to self repair will be launched for the users next year, the company is encouraging customers to go to the store and get the devices repaired by technicians who are trained to repair all the other electronic devices. The stores authorised to repair Apple devices will also only be able to procure the parts directly from the company.

This, nevertheless is a great deal for Apple users across the world. 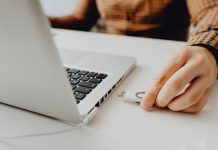 How To Repair Corrupted USB Drive On Mac Without Losing Data 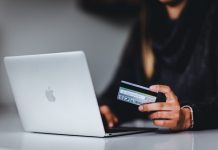 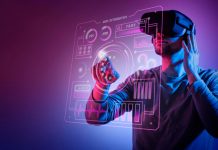 Tech Tycoons Say Metaverse Is The Future Of Internet. Why Though?