BRIDGE COURSE AFTER 1-YEAR UK PG DEGREE MANDATORY
* Students with one-year UK master degrees will now have to complete a bridge course of six months in India.
* Master degree programmes in the UK are only one year long and therefore not accepted universally in India since here postgraduation programmes run for two years.
* The Human Resources Department (HRD) has introduced the bridge course keeping in mind the difficulties faced by students in pursuing higher education or enrolling in PhD programmes or seeking government jobs in India.
* The bridge course will be offered at select universities for students to validate their foreign degrees.
* The one-year master degrees are not the only ones that are not recognised here. UK’s three-year engineering and one-year MBA degrees are also not entirely accepted. But the UK has yet to take up this issue. CAT 2013 RESULTS OUT IN JANUARY 2014
* This year, 1,94,516 candidates registered for the CAT exam which was held from 16 October to 11 November.
* The results are likely to be declared on 14 January 2014 which candidates may access through www.cat2013.iimidr.ac.in.
* The Common Admission Test (CAT) is a computer-based test by the Indian Institutes of Management (IIMs) for candidates aspiring to study business administration programmes. It is conducted every year by one of the IIMs, based on a policy of rotation.
* This test scores a person on the bases of quantitative ability, data interpretation, verbal ability and logical reasoning. DATES FOR CMAT’S FEBRUARY 2014 TEST ANNOUNCED
* The registration for CMAT February 2014 is open till 2 January 2014.
* The admit card may be downloaded on 5 February.
* The exam will be held from 20 February to 24 February
* The result will be declared on 14 March and the score cards may be printed from 14 March to 13 April.
* The Common Management Admission Test (CMAT) is a national level entrance exam conducted by the All-India Council for Technical Education (AICTE) for institutions to select suitable students for management programmes.
* The CMAT is conducted twice, in September and February.
* For additional details, including a list of test centres, visit www.aicte-cmat.in/College/Index_New.aspx ‘TALAASH FOR EDUCATION’ ON CHILDREN’S DAY SEES SPECTACULAR PERFORMANCES
* ‘Talaash Restoring Faith’ campaign was initiated on Children’s Day by the Bachelor of Management Studies students of Jai Hind College, Mumbai. They taught communication skills, art performance and many more topics of interest to the children of Akanksha Foundation.
* The event was held at High Street Phoenix, Mumbai on the 14 November and witnessed a massive audience of 600 people.
* Celebrities like Imam Siddiqui, Shaheen Abbas, Jai Bhanushali and Akashadeep Saigal made an appearance to support the cause.
* Performance by 17 talented Akanksha students on the importance of education left the audience as well as the celebrities stunned.
* Dharavi Rocks, a music collective from the Dharavi slums, made mind-boggling music with containers, cans and bottles.
* Celebrities distributed food from McDonald’s and Cream Centre to the children and wished them a joyous Children’s Day. PARTICIPATE IN ‘SAVE THE FUTURE’ AND MAKE A DIFFERENCE

* The Postmaster General of the Maharashtra Circle of Indian Post, Col K.X.  Mishra, has envisioned a social cause-related writing competition which is open to people of all ages and all countries. Entries of short stories and essays can be sent in until 31 December.
* The entries should be written in English, Hindi, Marathi or French on either ‘Save the Earth’ or ‘Save the Girl Child’.
* Entries should be mailed through postcard, inland letter or in a postal envelope with not more than two A4 size pages addressed to Chief Postmaster General, Maharashtra Circle, 2nd floor, GPO building, Mumbai – 400001.
* Prizes will be distributed tentatively on 15 January 2014.
* The aim of the initiative, named ‘Save the Future’, is to spread awareness about environment conservation and the plight of womanhood.
* For assistance, write to savethefuture13@gmail.com or kathakosa@gmail.com or icsripune@gmail.com 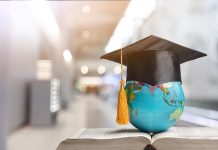