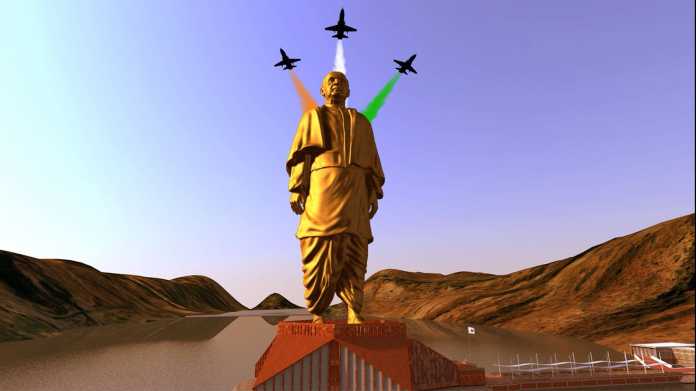 Prime Minister Narendra Modi has unveiled the world’s tallest statue, The Sardar Vallabhai Patel Statue, on the same day as the independence leader’s birthday. Patel was instrumental in uniting a completely divided nation, and is also known as the ‘Iron Man’ of India.

The statue is expected to be a major tourist attraction in Gujarat. The statue was constructed despite opposition from local tribal leaders who objected to the destruction of land for the construction of the gigantic statue. “Instead of spending money on a giant statue, the government should have used it for farmers in the district,” a farmer was quoted saying.

At the unveiling, Modi stated that the statue is a symbol of “India’s integrity and resolve.” Flowers were showered on the statue from Air Force Planes flying over it. Here’s what makes it unique –